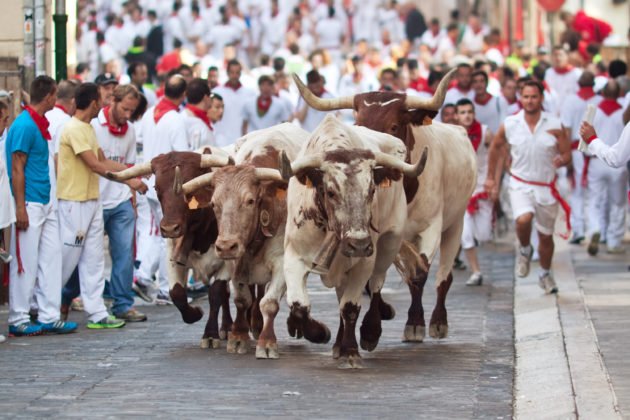 Bitcoin is working hard to overtake the $7,300 mark. However, the holding aspect that has proven problematic.

Bitcoin continues to reject at $7,300 even though it has staged a few inspiring pops above the $7,300 resistance. After a nearly 27% gain over the past two weeks, cooling off and consolidation isare expected. The pattern of higher lows has consistently been re-established after each pullback from $7,300. Add to this the fact that there is a range of other positive signs which show BTC is well situated at the moment. 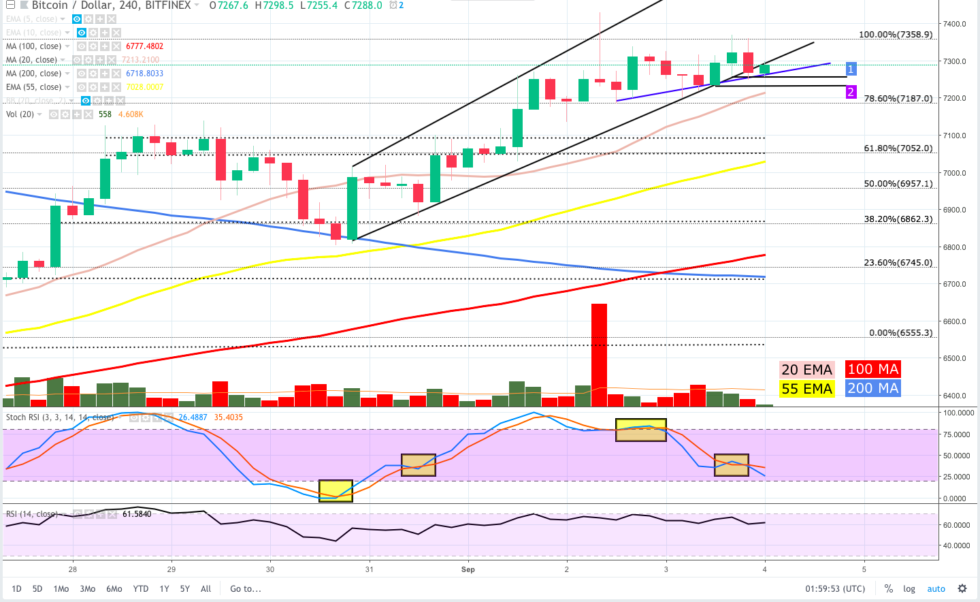 The weekly MACD (not pictured here) shows a bullish cross appearing on August 26th, while the 20-MA rises above all the longer term moving averages on the 4hr chart. The 100-MA recently crossed above the 200-MA — simply following the movement of the 5 and 10-hour EMA along with the ups and downs of the Stoch and RSI have provided easy trading opportunities for day traders.

Bulls have shown some signs of exhaustion as a closer look at the rejected pops above $7,300 shows that a series of lower highs, as well as the occasional higher volume spike above $7,320, is quickly rejected. This plunges BTC to the support zone around $7,270 to $7,250.

The outlook for BTC remains positive. Still, the cryptocurrency needs to quickly surpass, and maintain control over, the $7,300 resistance. This would place BTC back into the ascending channel.

Where do you think Bitcoin price will go this weekend? Let us know in the comments below!