As the largest cryptocurrency in the market, Bitcoin has been an important asset for traders. As soon as the coin broke out of its dormant stage, the BTC market saw interest flooding into the market. However, Bitcoin’s spot market has been losing a lot of volume over the past week, largely owing to the fact that the market’s altcoins have outperformed the world’s largest cryptocurrency. With interest among traders switching to alts, the volatility in the market has also fallen. However, such volatility did not enter the extremely low zone observed during the first weeks of July.

Despite a retracting spot volume, however, peer-to-peer volume has been on the rise. According to data provided by Arcane Research, global weekly volumes have stabilized at around $100 million since June. This is a level that has been witnessed only twice in Bitcoin’s history – December 2017 and July 2019.

This rise in P2P volume has been driven mainly due to an increase in remittance payments through Paxful. In fact, according to a report, P2P’s convenience of use through the use of mere gift cards to acquire Bitcoin has been a huge hit among users. With the platform allowing users to trade Bitcoin with more than 160 fiat currencies including the Turkish lira, the Indian rupee, and the Argentine peso, the market was prepared to trade when BTC acted to the sudden volatility.

Paxful enabled local payment methods on its platform like bank transfers, domestic wires, online wallets, and gift cards, among others, all of which helped people to transact using its services.

Owing to Paxful’s successful model, the P2P trading volume has surged only in Frontier markets, which may be defined as less advanced economies in the developing world. The surge in volume between December 2017 and June 2020 was 59% while emerging markets or the countries that are in the process of becoming a developed economy, noted the volume dropping by 61.6%.

Similarly, developed markets also registered a 41% drop in volume as P2P in terms of remittances took the lead. 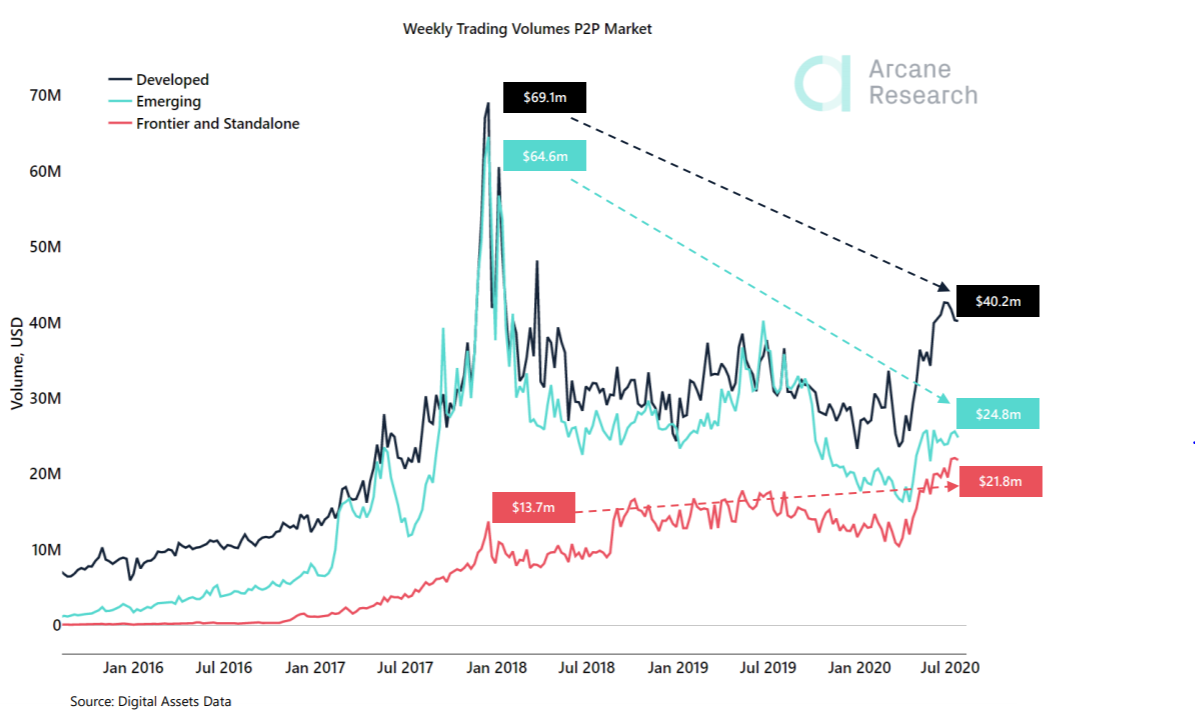 Bitcoin has been bridging remittance gaps between countries for a long time now. In fact, it was observed to surpass its 2017 ATH when valued against many of the world’s fiat currencies. Although the value of BTC is generally quoted in U.S dollar, BTC was noted to be priced 169% higher than its previous ATH in terms of the Argentine Peso. This was largely due to the fiat currency’s struggle as governments continue to default on their debt payments. This led to a record volume of pesos selling for Bitcoin. 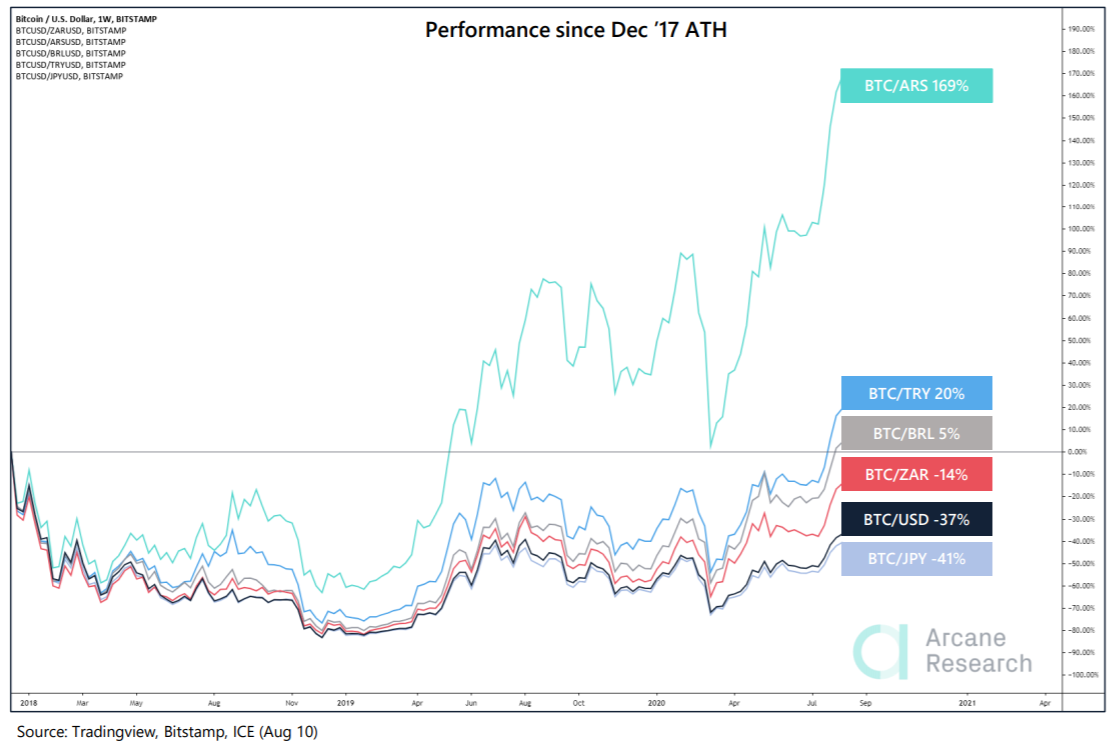 Similarly, BTC’s value against the fiat currencies of the Turkish Lira and Brazilian Real has also passed their previous ATH on the charts.