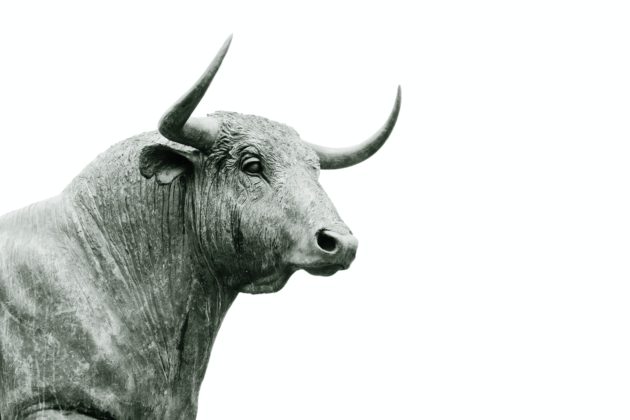 Bitcoin has been able to maintain the bulk of the gains that came about during yesterday’s intense upswing
Buyers are still struggling to firmly surmount the key $10,000 region, however, as it appears that bears have established heavy resistance here
The cryptocurrency could still be on the cusp of entering a macro bull-cycle, and one analyst is noting that the key level that needs to be shattered exists just above BTC’s current price

Bitcoin has seen some noteworthy price action throughout the past several days and weeks. The crypto’s rally seems to have reached a boiling point yesterday, when it rapidly rose from the lower-$9,000 region to highs of over $10,000.
Buyers have since been able to maintain the cryptocurrency’s position within the upper-$9,000 region, although it does appear that $10,000 is becoming a heavy resistance level.
It is important to note that one analyst believes that Bitcoin is just a hair away from breaking above a key trendline that could ultimately cause it to see some massive gains.
He notes that a clean break above this level could be all that is needed for BTC to enter its next macro bull trend.
Bitcoin Hovers Beneath $10,000 as Bulls Defend Against a Rejection
In the past, Bitcoin’s massive single-day movements are often met with strong rejections that lead the crypto to surrender a bulk of its gains.
Yesterday was different through, as BTC is still trading just a hair below its daily highs as bull vie to push it even higher.
At the time of writing, Bitcoin is trading up over 5% at its current price of $9,860. This marks only a slight decline from daily highs of just slightly over $10,000 that were set yesterday evening.
One analyst explained in a recent tweet that the benchmark crypto is about to test its “R2 resistance” that was formed in the time following the crypto’s decline from its 2017 highs.
“BTC 1W log scale. Is this real life? Bitcoin price is approaching the important multi year resistance R2. Once we break it and consolidate above a new bull cycle will start!”
Image Courtesy of Silver Bullet
In the past, breaks above this level spark massive uptrends – as seen in the above chart.
How High May BTC Surge in the Days Ahead?
As reported by Bitcoinist yesterday, one analyst recently explained that Bitcoin must surmount the resistance that exists between $9,700 and $10,500, as an ability to do so could lead it straight up to $14,000.
“The last barrier between us and my 14k target is this 9.7k-10.5k region. If we break it now, 14k+ will likely come soon after. If we reject it, we will get one last dip before breaking it. Either way, 14k+ is coming imo,” he said.
Image Courtesy of Credible Crypto
Featured image from Unplash.

Bitcoin is About to Start a Fresh Macro Bull Cycle Once It Captures Key Level written by Cole Petersen @ https://bitcoinist.com/bitcoin-is-about-to-start-a-fresh-macro-bull-cycle-once-it-captures-key-level/?utm_source=rss&utm_medium=rss&utm_campaign=bitcoin-is-about-to-start-a-fresh-macro-bull-cycle-once-it-captures-key-level May 8, 2020 Cole Petersen