Bitcoin Funds From the Bitfinex Hack in 2016 Moving: Are Hackers Selling? 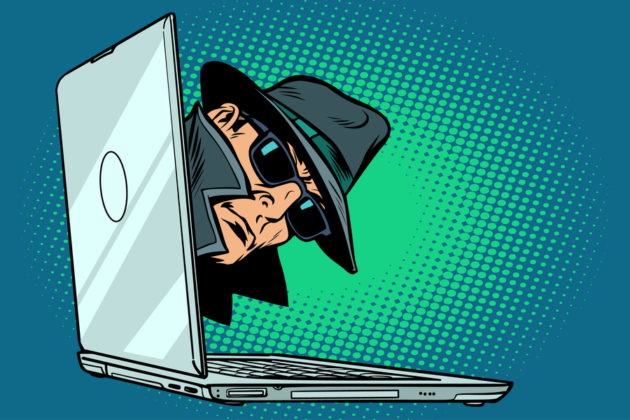 Bitcoin funds stolen from the crypto exchange BitFinex in 2016 moved to an unknown address, reported transaction tracker Whale Alert.
The said money transmission raised speculation of hackers dumping a portion of their 120,000 bitcoin steal after the cryptocurrency’s recent price rally.
Hackers last moved part of the appropriated sum in June 2019 when bitcoin was sitting atop 63 percent YTD returns.

Crypto exchange BitFinex lost nearly 120,000 BTC to a hacking incident in August 2016. Back then, the cost of one bitcoin was just about $600, equivalent to about $72 million. But based on the current BTC/USD exchange rates, the BitFinex steal has ballooned to nearly $1.07 billion.
So for the hackers behind the massive theft, it appears like the right time to sell the stolen funds. And they seem to have been making the eerie call.
Popular transaction tracker Whale Alert alarmed via a tweet published early Friday that the BitFinex hackers moved nearly 23.39 BTC to an unknown wallet. Meanwhile, the transaction ID showed that the hackers sent about 30 BTC, which roughly equals $271,559 at the current rates.
Source: Whale Alert
The amount is too small to shake Bitcoin’s bullish bias. But that did not deter the cryptocurrency community from predicting a doomsday scenario. Many feared that hackers were moving their funds to dump them for fiat currencies. And since they are bitcoin whales now, their likelihood of unloading more of their steals for cash is high for some.
“If bitcoin does not crash to sub 4k in 1 month, I’ll delete my twitter,” one responder declared.
Beating Surveillance
But selling a bitcoin steal is not easy as spending a stolen cash pile. Hackers may hide themselves, and their crypto transfers with gibberish alphanumeric codes. But they still leave a trail of transactions behind. Capturing criminals is possible if researchers identify even one person in the overall money flow, thus exposing the rest.
Blockchain analysis firm Chainalysis followed a similar strategy in busting a child porn site racket in October 2019. The company analyzed blockchain transactions associated with the criminals to map out contributors, users, and operators of the underground website.
“By following the funds on a blockchain, it ultimately uncovered the severity of Welcome to Video,” said the authority.

That leaves hackers with only one option: use underground over-the-counter marketplaces to sell their bitcoin steals for hard cash. But if someone unknowingly buys that bitcoin and puts them in a publicly verifiable address, he/she can also put hackers at risk of being discovered at a later stage.
Moving Bitcoin at Local Price Tops
The latest BitFinex fund transfer also revealed the new characteristics of its hackers. They appear to transfer their steal after bitcoin’s price rallies.
On June 7 last year, for instance, the criminals transferred about 185 BTC to unknown addresses when bitcoin had just returned 63 percent gains on a year-to-date timeframe. A similar incident took place right after bitcoin extended its YTD rally towards $14,000.
The pattern revealed itself on May 22, 2020, when bitcoin was trading 25 percent higher YTD.

Bitcoin Funds From the Bitfinex Hack in 2016 Moving: Are Hackers Selling? written by Yashu Gola @ https://bitcoinist.com/bitcoin-funds-from-the-bitfinex-hack-in-2016-moving-are-hackers-selling/?utm_source=rss&utm_medium=rss&utm_campaign=bitcoin-funds-from-the-bitfinex-hack-in-2016-moving-are-hackers-selling May 22, 2020 Yashu Gola