Bitcoin Exchange Balances are Down $3 Billion from Mid-March; What This Could Mean 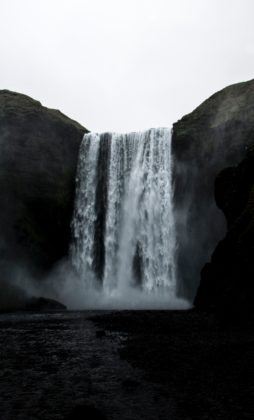 Bitcoin has entered a firm bout of sideways trading as it struggles to garner any notable near-term momentum
This comes shortly after its latest rejection at $9,900, which confirmed that the heavy resistance around $10,000 may prove to be insurmountable
This short-term volatility doesn’t seem to be phasing investors, as data shows that exchanges have seen a balance decline of $3 billion worth of BTC since March 12th

Bitcoin and the aggregated cryptocurrency market have been caught within the throes of immense volatility in recent times, with much of this favoring the cryptocurrency’s buyers.
In spite of this, the benchmark crypto has struggled to garner enough buying pressure to propel it past the $10,000 region. This level has been confirmed as heavy support on multiple occasions throughout the past several days and weeks.
One occurance that could help provide it with a steady uptrend in the days and weeks ahead is the trend of investors moving their crypto away from exchanges and towards cold storage.
This trend has garnered significant steam in the time following the meltdown seen on March 12th and is emblematic of investors adopting a long-term investment strategy.
Exchanges See Unprecedented Bitcoin Outflow as Investors Take a Long-Term Approach
The price action seen on March 12th – a day now known as “Black Thursday” – shocked investors and degraded trust in centralized platforms.
Following the event, many investors and analysts noted that the decline likely came about as the result of cascading liquidations on crypto trading platform BitMEX.
Once the downtrend gained steam and long positions began getting liquidated, the selling pressure proved to be insurmountable for buyers, leading Bitcoin to decline to lows of $3,800.
This decline halted the instant that BitMEX halted trading on their platform, which then allowed the price to begin its subsequent “V-shaped recovery.”
In the time following these events, investors have been moving their Bitcoin away from exchanges at a rapid rate.
One popular analyst spoke about this in a recent tweet while referencing data from blockchain analytics firm Glassnode.
“Exchanges continue to see steady BTC withdrawals. Balances down >300k BTC (~$3B) since Black Thursday. Lowest balance held on exchanges since May 22, 2019, nearly one year from today.”
Image Courtesy of Ceteris Paribus, Data via Glassnode
Investors Adopt a Long-Term Investment Strategy as Trust in Centralized Platforms Degrades
This trend appears to be emblematic of two things.
Firstly, the vast majority of these investors are likely moving their Bitcoin to cold storage wallets. Because this limits the accessibility of the crypto and makes it slightly more difficult to sell, it suggests investors are taking a long-term approach to their investment strategy.
This trend also indicates that investors may be losing trust in centralized platforms – as indicated by the fact that BitMEX accounts for one third of all the crypto withdrawn from exchanges over the past couple of months.
Featured image from Unplash.

Bitcoin Exchange Balances are Down $3 Billion from Mid-March; What This Could Mean written by Cole Petersen @ https://bitcoinist.com/bitcoin-exchange-balances-are-down-3-billion-from-mid-march-what-this-could-mean/?utm_source=rss&utm_medium=rss&utm_campaign=bitcoin-exchange-balances-are-down-3-billion-from-mid-march-what-this-could-mean May 16, 2020 Cole Petersen

How You Could Save Money When Reporting Crypto Taxes