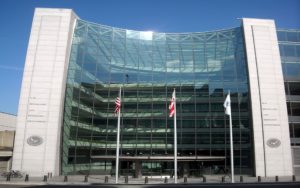 A Bitcoin ETF is a matter of when, not if, for SEC Commissioner Robert J. Jackson Jr. The Commission’s lone Democrat expects a Bitcoin ETF filing to eventually satisfy all of the required standards set forth by the body.

SEC-Approved Bitcoin ETF is Not Impossible

Speaking during a soon-to-be-published interview with Congressional Quarterly, Jackson stated his belief that an SEC-approved Bitcoin ETF is inevitable. So far, the Commission has rejected all prior filings submitted by different funds looking to launch a Bitcoin ETF. 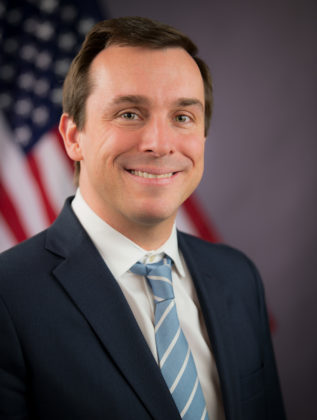 In the excerpts from the interview shared by Adjunct Professor at NYU Stern, Drew Hinkes, Jackson explains:

Eventually, do I think someone will satisfy the standards that we’ve laid out there? I hope so, yes, and I think so. Getting the stamp of approval from the deepest and most liquid capital markets in the world is hard, and it should be. Once we make it available to everyday mom and pop investors, we are taking risks that Americans can get hurt.

Jackson’s comments are in many ways indicative of the argument consistently put forward by the Commission against Bitcoin ETFs. The SEC has in the past brought up issues relating to liquidity, custody, and market manipulation.

Emphasizing these points, the SEC Commissioner touched on the Winklevoss Bitcoin ETF rejected in July 2018. According to Jackson, the decision to deny the application stemmed from the inability of the trust to satisfy the SEC’s standards on preventing fraud and market manipulation.

The case that we had last year involving the Winklevoss trust, in my view, was not a difficult case. So there you had a situation where the risk for manipulation and for people getting hurt was enormous. The liquidity issues in the market were very serious.

At the time, the Commissioners voted 3-1 against the Winklevoss ETF with the only “yes” vote coming from Hester Peirce. According to Peirce, the SEC was wrong to reject the ETF, saying the Commission failed to interpret its own laws correctly.

Meanwhile, the quest for an SEC-approved BTC ETF continues in 2019. At the start of the year, Bitcoinist reported that Bitwise had filed another application after having been rejected by the SEC in 2018. After initially withdrawing the VanEck/SolidX BTC ETF proposal, Cboe refiled the application a few days later.

The Winklevoss twins also stated that they will keep pursuing approval of their COIN Bitcoin ETF, particularly after Gemini become the first to pass SOC-2 examination.

We are committed as ever to making an ETF a reality! The U.S. Securities Exchange Commission (SEC) could regard Gemini’s SOC-2 report as a factor in favor of its possible approval of Winklevoss’ petition for a Bitcoin ETF.

Will an approved Bitcoin ETF have any significant impact on BTC price? Let us know your thoughts in the comments below.