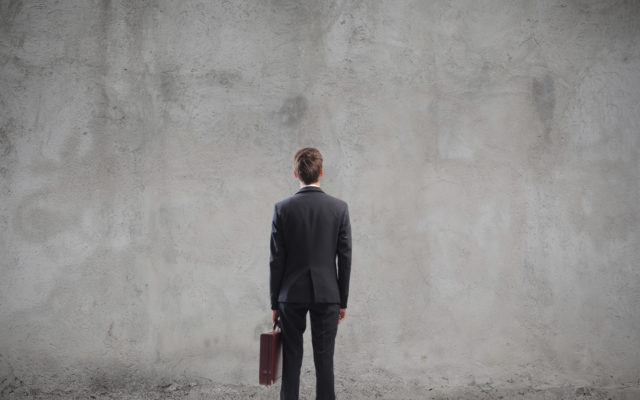 After BCH Halving Miners Capitulate
There are some interesting moves in the cryptocurrency mining space right now. With just over one month to go until the Bitcoin Halving, and just half a day after the BCH halving, both BCH and BSV have lost hash power to the leading cryptocurrency.

Roughly half a day after the BCH halving we see the changes in hash allocation already. Both BSV and especially BCH lose hash power to BTC.
I read somewhere that the bitcoin dot com mining pool lost almost 90% of their miners. pic.twitter.com/bN5GuSdTbO
— Arthur van Pelt – Dragon Industries (@MyLegacyKit) April 9, 2020

As tweeted out by Arthur van Pelt of Dragon Industries, he shows that Bitcoin is currently claiming 93.8% of the hash power. As the BCH block reward halved to 6.25 BCH per block, it commanded just 1.5% of the total hash power. And as the BSV halving comes up in two days, its current 2.7% of the hash power will likely drop even further.
It’s a predictable scenario. Bitcoin’s current price doesn’t even meet the break-even price of many older mining rigs such as the Antminer S9. However, it is still way above that of much of the mining equipment used today.
As one of van Pelt’s followers pointed out, before the 80% drop, there had been a 200+ increase to BCH hash. This can be explained as miners competing for the last blocks of BCH at the 12.5 reward.

Before halving, a 200+ increase to hash, straight after an 80% drop. pic.twitter.com/1nPCyLkYCr
— Jingles

They then immediately switched their focus to BTC to make bigger gains. Bitcoinist spoke to Alejandro de la Torre VP of one of the largest cryptocurrency mining pools Poolin, to get his opinion on events. He said:
Bitcoin Cash miners share the same algorithm thus same mining rigs as Bitcoin and Bitcoin SV. The halving has seen a decrease in hashrate for BCH and an increase in Bitcoin hashrate (& to a negligible degree also increase in BSV) suggesting miners have switched to Bitcoin because it is more profitbale.
Bitcoin Cash Should Admit Defeat Says Tuur Demeester
Taking to Twitter, Adamant Capital founder, Bitcoin proponent, investor and analyst Tuur Demeester painted a dull picture for the future of Bitcoin Cash.
He said that, in his opinion, it was time to call it a day based on the fact that it had “barely any users,” and has declined 96% vs BTC, among other troubles. Whatever your thoughts on the subject, be sure to check out the visual representation he provides, it may be the best thing you see today.

van Pelt mentioned:
I read somewhere that the bitcoin dot com mining pool lost almost 90% of their miners
Bitcoinist also reported last week that the company had axed half of its workforce ahead of the halving. Added to that, one of Demeester’s followers pointed out that there is almost no economic activity on BCH:
Basically 1 transaction per second

There is no economic activity on BCH.
Basically 1 transaction per second.
1

De la Torre added:
What’s most interesting in this case are the miners still mining bitcoin cash, the question then is, why are they still mining BCH if it’s not economically beneficial? This leads some people to beleive that there is a group of miners who want to maintain the network up and running no matter the cost to them…
Some people then think that they are a centralized group in effect keeping BCH alive, which is worrisome in cryptocurrencies that are supposed to at least in theory be decentralized.
Demeester is less speculative in his opinion on Bitcoin Cash centralization. He said in his tweet that the altcoin had been “completely centralized since 2019.”
So, is it time for Bitcoin Cash to throw in the towel? The next few weeks will certainly be interesting.
What are your views on the future of Bitcoin Cash? Add your thoughts below!