Disclaimer: The following article attempts to analyze the emerging patterns in the Bitcoin Cash short-term market and its impact on the price.

After the surge witnessed in the market on 17 August worth, Bitcoin Cash tested the resistance at $324.43 and began its descent. Due to the sudden sell-off, the price of BCH slipped back under $300 and was being traded at $299.22, at press time, as the buyers attempted to lift the value of the coin. However, this attempt may take some time to realize as the current market painted a bearish picture for the sixth-largest cryptocurrency. 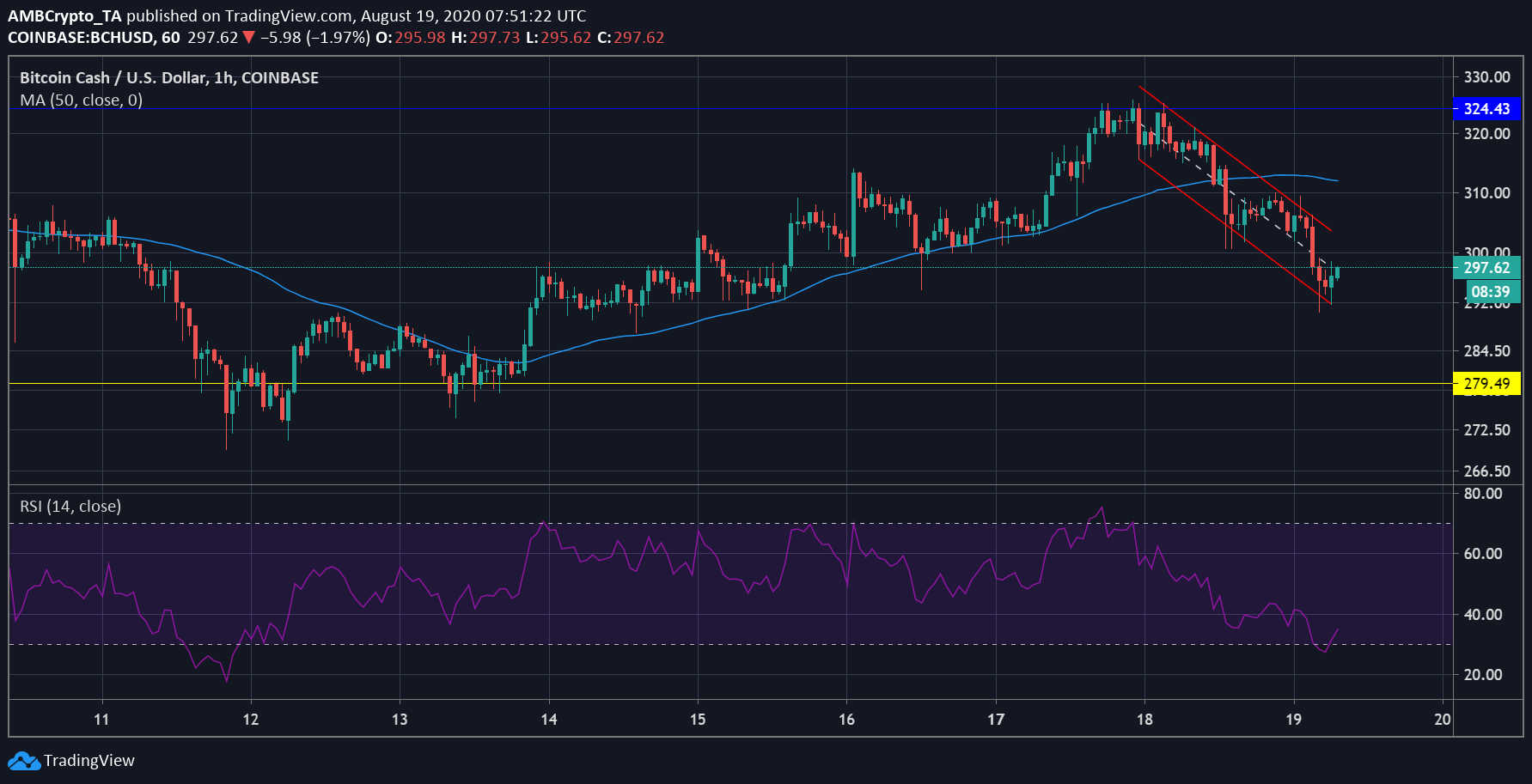 According to the hourly chart of BCH, the recent price trend has been moving lower, forming a descending channel. The pattern indicated the presence of bears in the market, whereas the 50 moving average confirmed this trend as it took a position above the price bars. The 50 MA had been surfing under the price candles since 13 August, after which BCH witnessed a growth of at least 14%.

However, continuous sell-offs have pushed the price lower. The Relative Strength Index [RSI] also indicated that BCH had slipped into the overbought zone, however, with recent efforts from traders, the coin has managed to bounce back to the equilibrium zone. As the pattern pointed towards the price break down, BCH’s strong support was formed at $279.49.

Despite a bearish market, BCH’s value may not dip down to $279.49, as the daily chart indicated strong bullishness in the market. Nevertheless, the Visible Range indicated that the value may still decrease to $281 -$283, which was marked as the most traded range for BCH after, $293-$295. The average value of the digital asset was close to $306, but the coin failed to hold on to this mark and slipped rather swiftly.

Only ‘Something Unexpected’ Can Stop Bitcoin Price Bull Run — Bloomberg