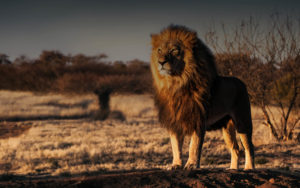 Bitcoin buy support is a superior metric to coin market capitalization for measuring the future of Bitcoin and altcoins, according to a new monitoring resource.

‘Market Cap Is A Lie’

CoinMarketBook, deliberately named to shadow the current ‘go-to’ directory for cryptocurrency statistics Coinmarketcap, launched in October – but its mission is markedly different.

As the landscape among major cryptocurrencies continues to change dramatically within short timeframes, an increasing number of industry pundits have complained that market cap alone paints an unreliable picture of a coin’s true ‘value.’

As Bitcoinist reported, many have issued calls to disregard the metric altogether and focus instead on fundamental technical indicators.

For CoinMarketBook’s creators, that narrative is no different, even as Bitcoin leads practically every cryptocurrency into lows not seen in more than a year.

Focusing on buy support, which they explain as being the “sum of buy orders at 10% distance from highest bid price,” the resource ranks assets in a similar format to Coinmarketcap.

The positions in those rankings, however, conspicuously departs from its illustrious predecessor.

Bitcoin, at number one, maintains a ‘buy support rating’ – the “amount of buy support relative to BTC (compares any coin buy support to BTC buy support)” – of 100 percent.

Second is Ethereum, which has a rating of 19.3 percent, while Ripple also makes the top three, scoring 8.4 percent.

The method provides a stark contrast between Bitcoin and all others, with forks such as Bitcoin Cash scoring a fraction of the former’s rating at less than 1 percent.

The data stands out even compared to similar rating systems such as that employed by trading platform and research entity BitMEX, which gives Bitcoin a 54 percent result.

Fans have already come out in support of the concept, however, with Twitter user Mr. Hodl calling on followers to migrate to CoinMarketBook and abandon Coinmarketcap altogether.

What do you think about CoinMarketBook? Let us know in the comments below!