Bitcoin Bearish Trend May Be Over Very Soon 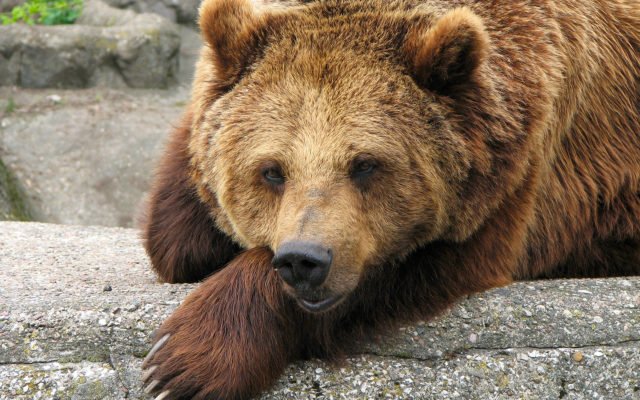 Trends tend to be reversed. The year of 2018 has seen Bitcoin (BTC) demonstrate both its volatility and bearish nature. However, the second half of 2017 the crypto community witnessed the exact opposite. What does the remainder for 2018 have in store?

Bitcoin’s price 00 bounced around due to FUD regarding a hack on Binance and positive news about Coinbase’s announcement of Coinbase Custody. Launching the service was great for the crypto-community because institutional capital will now have an easier route to enter the market.

This will not only bring more legitimacy to the market, but it also helps boost prices through increased demand. Unfortunately, right after Coinbase’s positive announcement, FUD came out of every corner of the crypto-communities reporting channels of a hack on Binance. While there was an unethical trading strategy going on with the SYS token, it was not an actually a hack and funds were ‘safu.’

Binance came out of the FUD unscathed as they were not at fault as they handled the situation as proactively as could be expected. Even so, whenever there is wide-spread news of a hack on a large exchange, the public sentiment rapidly plummets along with the price of Bitcoin.

That is where Bitcoin started this week. While the trend analysis tools leaned towards the bearish market ending, it may, unfortunately, be deciding to stay bearish until early August.

The cryptocurrency market had lost twenty-two billion USD in valuation (across all cryptocurrencies) as Bitcoin dropped to under $6,400. Frequently, when such a bear market trend begins to show, a corrective rally comes stampeding through the market. However, this was not the case this week.

Over the last 24 hours, the cryptocurrency market has not shown any positive momentum that would foreshadow such a corrective rally. On July 10, Ethereum 00 had an exceptionally large drop, dropping more than five percent of its value against the US dollar.

While most cryptocurrencies, both large and small hard caps, tend to follow Bitcoin’s current trend, the current drop in the value of ETH may not be correlated to Bitcoin as ETH has other issues going on. (MyEtherWallet (MEW) and the Bancor scandal).

While this negative news pertained more to Ethereum than it did to Bitcoin, the mainstream public tends to look at the entire crypto-market as one. When one large crypto has negative news, it impacts the entire industry.

Blockchain technology is continuing to show an increasing amount of societal applications and more countries are continuing to adapt to this evolving technological world we are living in today. Positive events and news continue to emerge discussing the regulatory infrastructure surrounding cryptocurrencies in leading markets and countries like South Korea, Japan, and many more. Recently, South Korea acknowledged that both cryptocurrencies and blockchain companies are legitimate industries.

Major exchanges in the United States, such as Coinbase, have established solutions to allow institutional investors a smoother way of entering the crypto-market. Coinbase has over twenty billion dollars in cryptocurrencies on its exchange and a user base of over twenty million on its platform. After seeing the profits in the market, these giants likely to join the market and pump their financial resources into the crypto-industry.

As Conbase’s Custody service just launched last week, the vast amounts of institutional money have not had the time to enter the market yet, and therefore, the market has not shown a reaction from a massive flow of incoming capital.

However, the most important date in the upcoming three months for the entire crypto space is pegged for the SEC hearing on Bitcoin ETFs scheduled for mid-August.

The CBOE applied to allow ETFs entrance into purchasing BTC directly (this is vastly different than future contracts). When the CBOE received approval to begin trading futures contracts of BTC last year BTC ended its bear market and rallied from under $2,000 to $20,000.

The SEC has denied every application for ETF market entrants for the prior 8 years. If they approve the CBOE (which should be expected given the CBOE has met the stringent requirements set forth by the SEC), it is likely the same trend from last year occurs.

The SEC has denied prior ETF applicants due to their lack of insurance and lack of infrastructure, the CBOE has met both these requirements. If the SEC were to approve a party to begin ETF purchasing of crypto, whom better than the CBOE? The bear market should begin to rebound due to ETFs entering the crypto market, along with hundreds of billions of dollars in institutional money.

While the crypto-community wants to see a rebound and there are many reasons to be optimistic, the market is still showing a strong bearish trend. The continued positive global awareness and acceptance will lead to more successful projects and decentralized applications stemming from the blockchain community, which will result in a rising Bitcoin value.

As more and more cryptos prove to be secure, transparent and successful, there will likely be a rally in the next few months. Experts predict that this rally will not happen until the fourth quarter of 2018 unless the SEC does approve ETF entrance into the crypto space (which if I were a betting man, I’d say the CBOE meets the stringent SEC requirements).

To read the King’s prior articles, to find out which ICOs he currently recommends, or to get in contact directly with the King, you can on Twitter (@JbtheCryptoKing) or Reddit (ICO updates and Daily Reports). This does not constitute investment advice and it is always recommended you DYOR.

The post Bitcoin Bearish Trend May Be Over Very Soon appeared first on Bitcoinist.com.