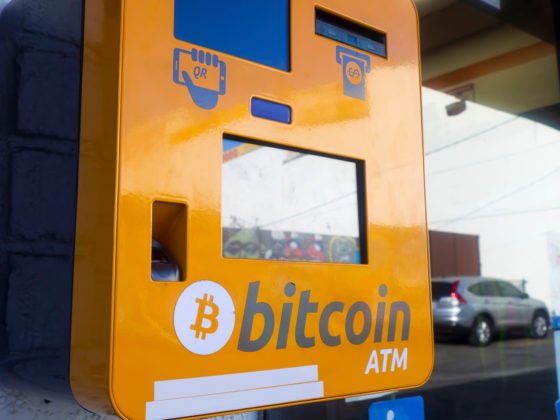 The latest US state to see an influx of bitcoin automatic teller machines (or BTMs) is Utah. According to Salt Lake City media outlet, KSL, they “are popping up all over Utah”

As seen on this map, eleven of the twelve BTMs in Utah lie pretty close to state capital Salt Lake City. In fairness, this area is a contiguous chain of the six largest cities in the state, known as the Wasatch Front. 80 percent of Utah’s population lives in this region. The twelfth BTM is in the seventh most populous city in Utah, St George. 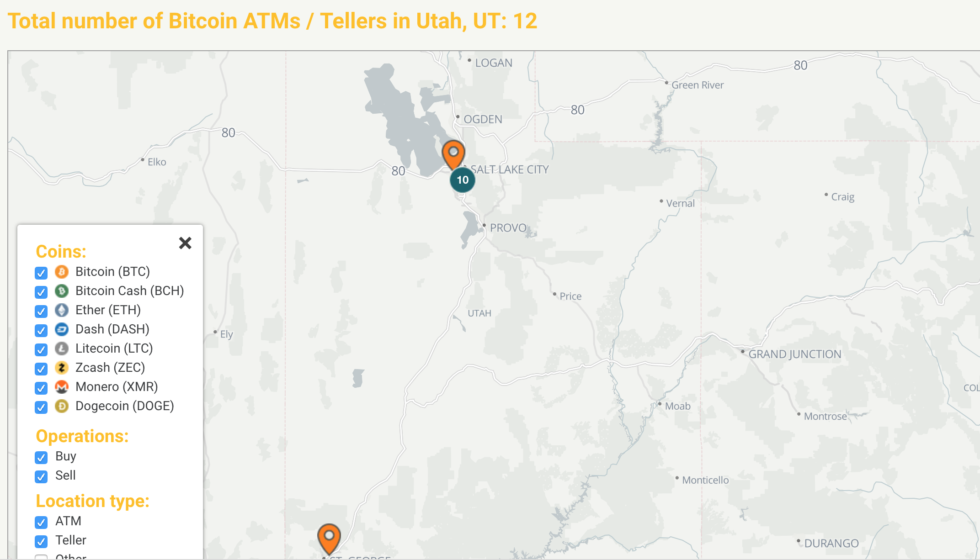 Buying fees start at 9 percent and go up to 12.5, while selling fees are a flat 9 percent across all listed machines. Although a little high, if you need to use a BTM then this probably won’t be the deal-breaker.

All but one of the machines in the state are operated by CoinCloud, who launched their first Utah BTM in 2015. CoinCloud CEO Chris McAlary, said:

The market there in Salt Lake City has always been very tech savvy, and I think we get a lot of millennials. People really like bitcoin and want instant access to it.

CoinCloud also has a companion app for mobile, to work with the bitcoin ATMs. Rather than paying fees buying bitcoin at the machine, customers can anonymously buy Bitcoin for free directly through the app.

Aside from the bitcoin ATMs, KSL reports that at least 15 Utah businesses accept cryptocurrency as a payment method. Local pro-bitcoin group, BTC Utah, claim it is perfect for small business, due to low fees and set-up costs. They also mention that the low number of merchants accepting bitcoin, drives all bitcoin traffic to those that do.

One high-profile Utah business, who nailed their flag to the bitcoin mast very early, is Overstock.com. Despite recent hits to stock value as crypto prices fell, Overstock has stated its long-term commitment to bitcoin and cryptocurrency.

What are your thoughts on Bitcoin ATM sightings in Utah? Don’t hesitate to let us know in the comments below!

The post Bitcoin ATMs Spring up Across Utah… ish appeared first on Bitcoinist.com.