Binance Coin retraced some recent gains and could fall further, while Tezos looked also likely to drop. XTZ showed no signs of reversing the downtrend it was caught in. Cosmos showed rising bearish momentum in the near-term and its price ranged between two strong levels that have refused to be flipped since early September. 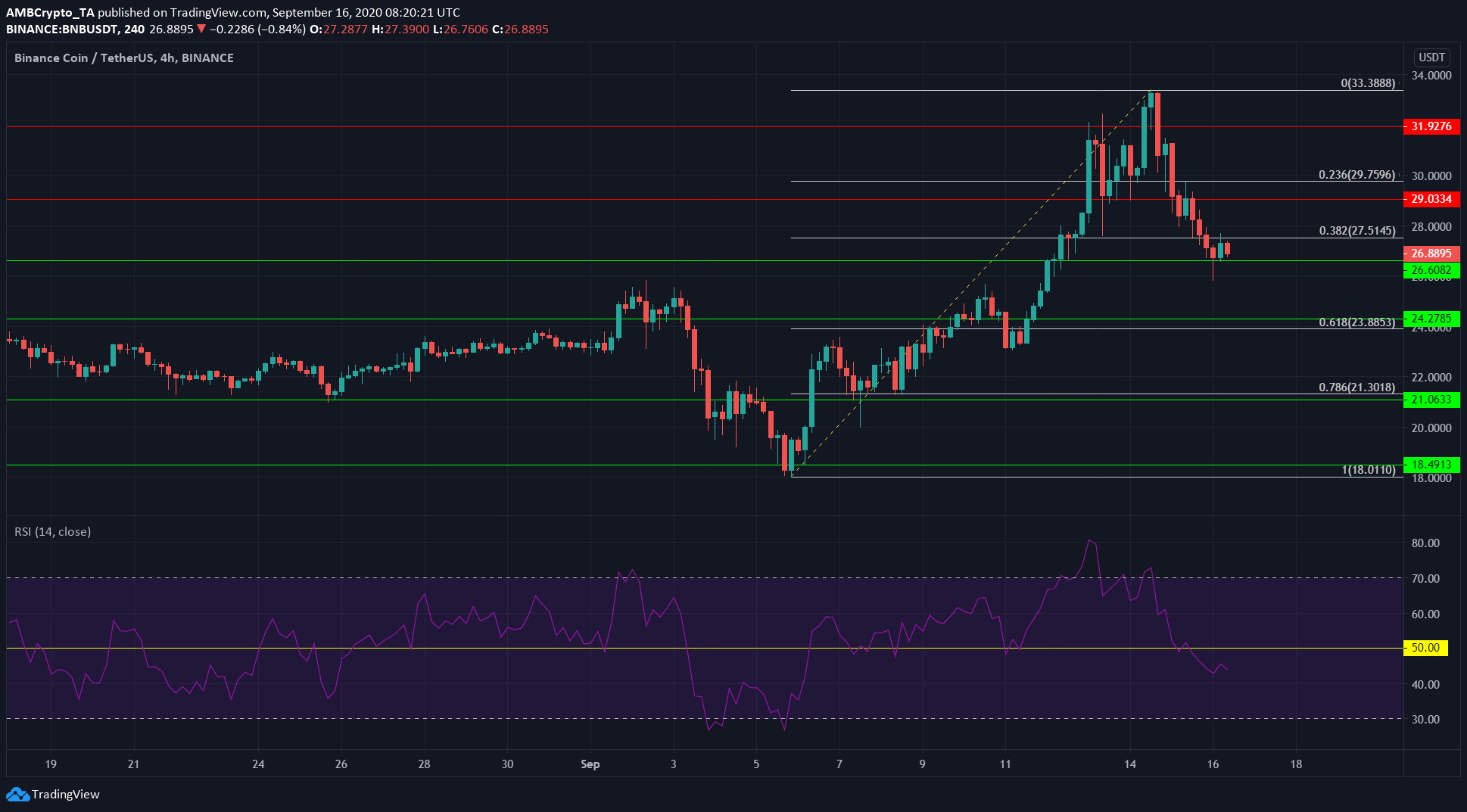 Binance Coin reached a local high of $33.38 and subsequently retraced some gains. It was valued at $26.88 at the time of writing and was trading right beneath the 23.6% retracement of its recent surge.

RSI showed a value of 45 as the indicator broke beneath neutral 50. This could indicate another drop in price before BNB has a chance to consolidate.

Fibonacci Retracement tool showed that the next level of importance is the 61.8% retracement at $23.88, which also coincides with support at $24.2. In summary, it is likely that BNB finds strong support in the $24 zone if it drops past the 50% retracement level at $25.7. 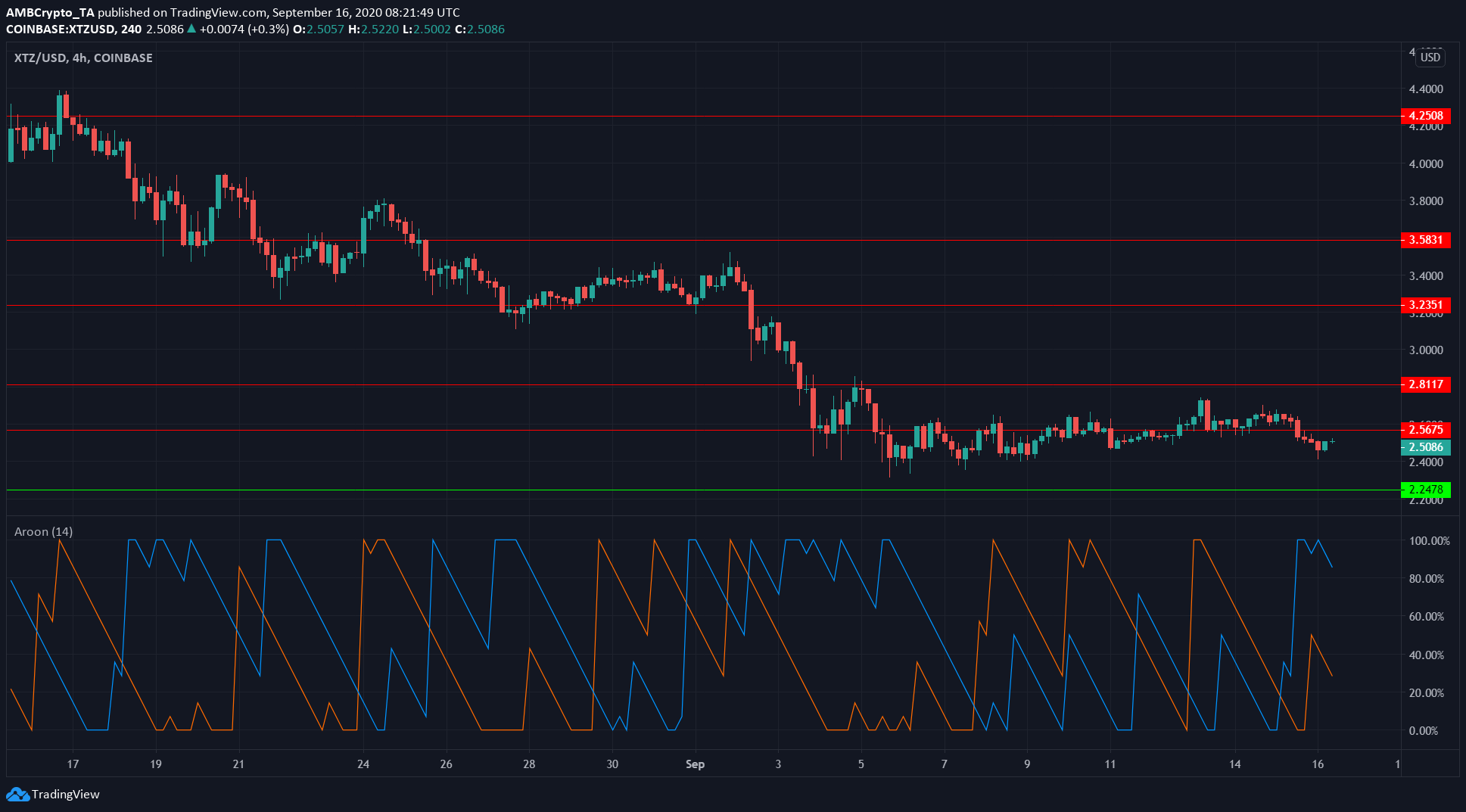 XTZ lost the level of support at $2.56 as it continued its downward trend. XTZ attempted to break upward past the region of resistance at $2.6 but failed, and looked headed lower down.

Aroon Indicator showed a resumption in an XTZ downtrend as Aroon Down (blue) crossed above Aroon Up (orange). The next level of support for the asset lies at $2.24.

Analysis of XTZ on the longer time-frames also showed bearishness. This confluence across multiple time-frames strengthened the argument for the coin seeing a further downside. 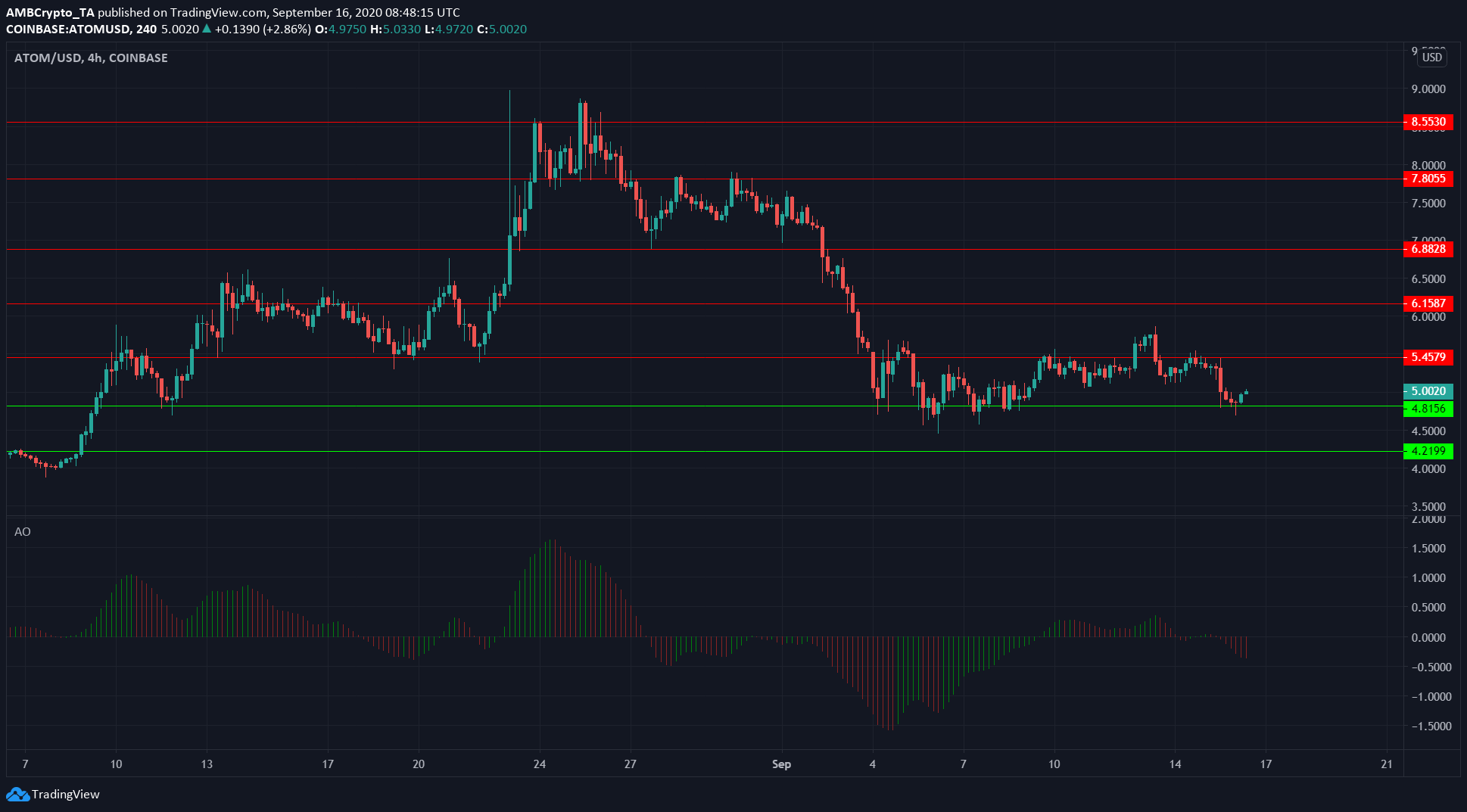 Hence, in the coming days, $4.8 can be considered as a good area to buy ATOM while $5.45 represents a good selling opportunity.

In the near-term, Awesome Oscillator showed momentum rising in favor of the bears. The bearish momentum could force ATOM towards support in the coming trading sessions.

B2BinPay: Accepting Bitcoin and Other Crypto Payments Safely and Securely