Bitcoin dropped from $10,550 to $10,350 as BTC moved into exchanges to take advantage of any spikes in price. Binance Coin noted some bullishness as well as the crypto, driven by developments in its ecosystem, surged to breach its previous resistance levels. Further down the charts, Polkadot exhibited bullish signals as well. On the contrary, Decred was likely to record yet another drop in price. 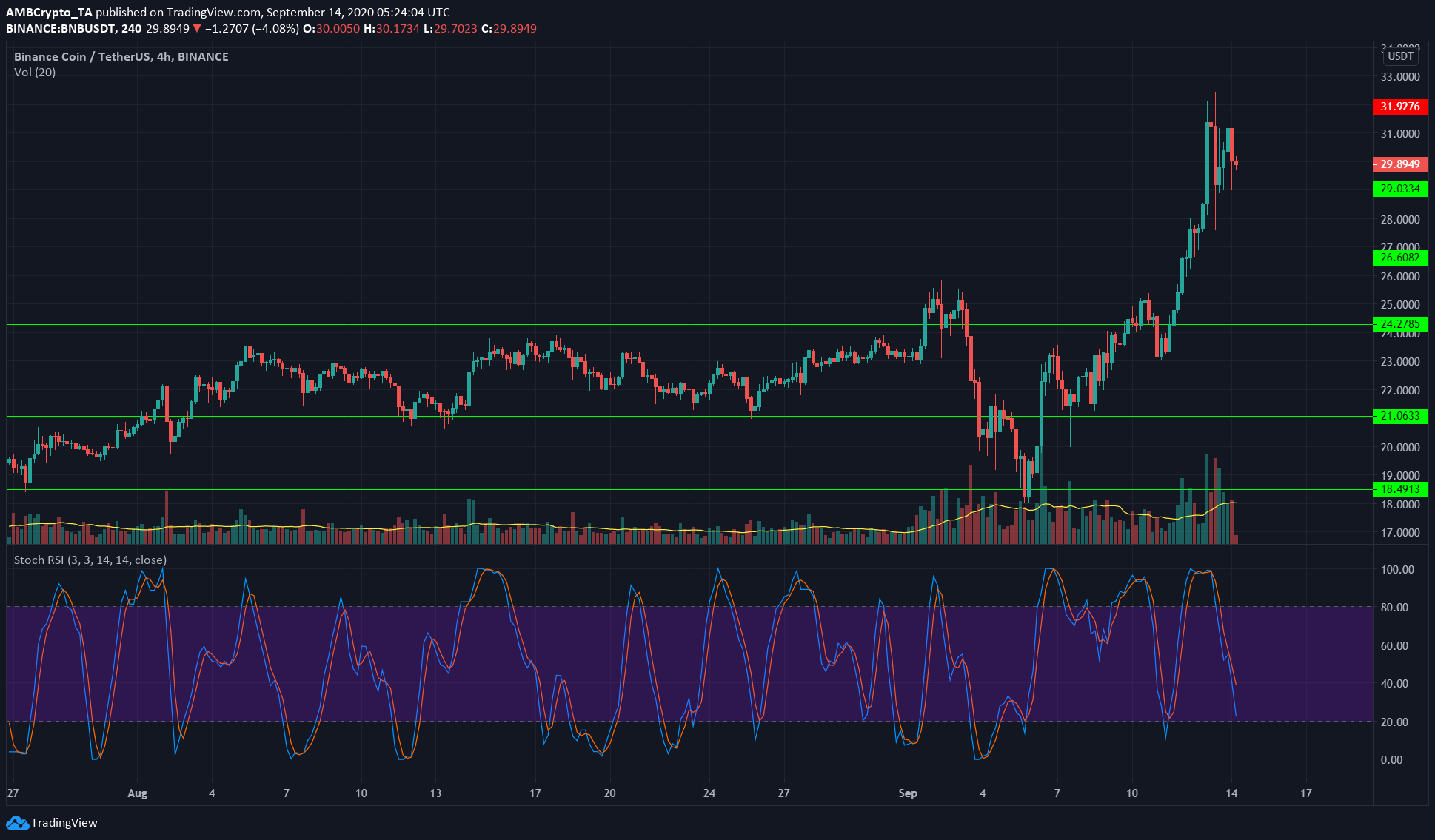 Binance Coin broke out beyond its resistance around the $24-zone and was valued at $29.89, at press time. Further, the trading volume during the aforementioned surge was above average, confirming the strength of the move upward.

It BNB meets the resistance level at $32, a divergence could be seen and BNB might be forced to correct lower.

The Stochastic RSI was heading lower on the charts, indicating that BNB could see another wave of buyers as it approached the support at $29. If the Stochastic RSI were to climb towards the overbought zone again, BNB could rise once more to test the resistance at $31.9.

It is likely that BNB might register further upside after Binance Launchpool allowed the staking of BNB to earn new tokens with up to 60% APR. 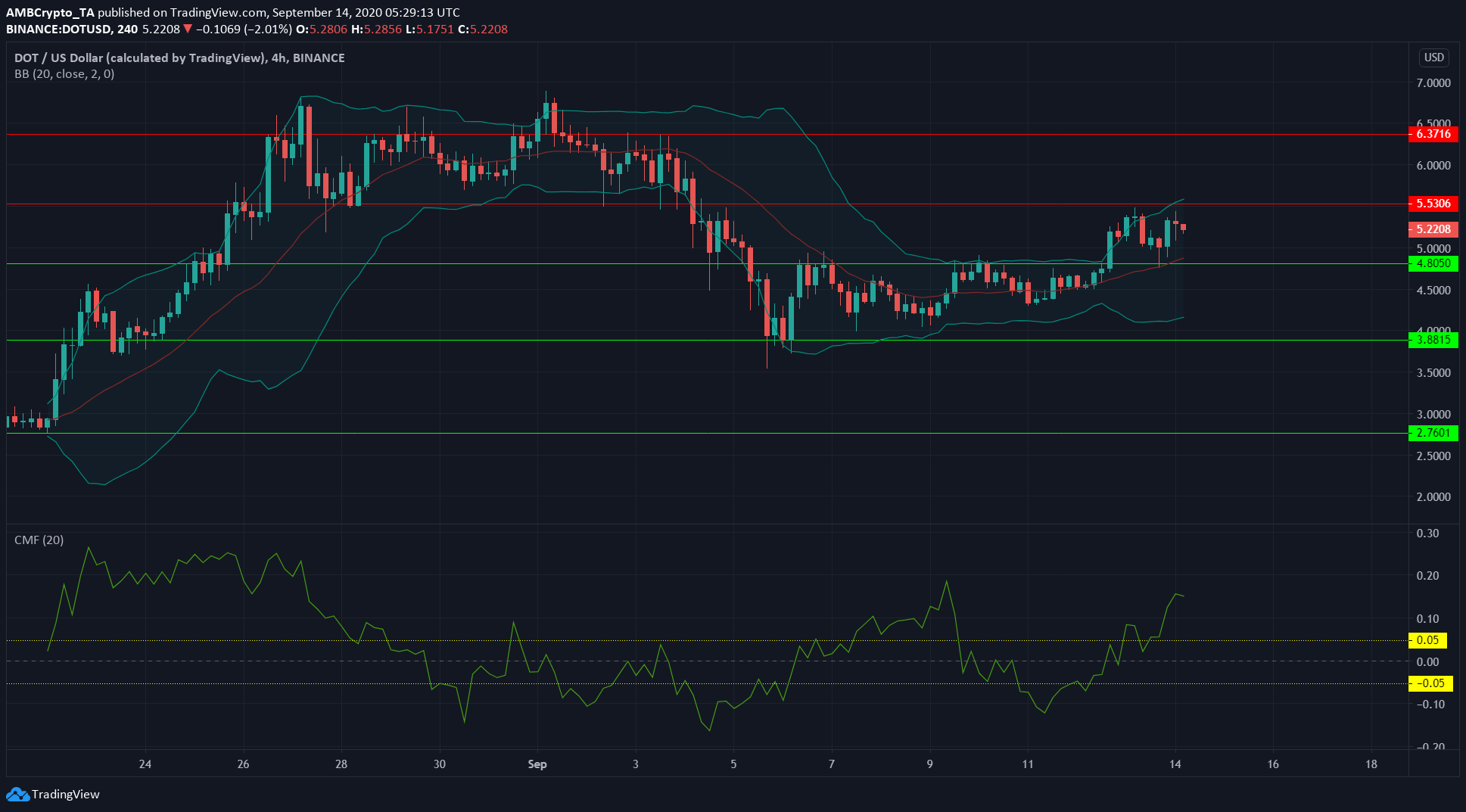 Polkadot was ranked fifth on CoinMarketCap’s charts, with a market capitalization of $4.4 billion.

The Chaikin Money Flow highlighted strong capital inflows into the market, indicating that the buyers were in control of the market. This was a bullish development for the asset since it had lacked momentum over the past few days.

The Bollinger Bands were observed to be converging around the price over the past few days. This was changing, however, at the time of writing, as DOT moved towards the upper Bollinger Band and the mouth of the bands expanded.

At press time, DOT was trading beneath the resistance at $5.53 and looked likely to breach its resistance. If DOT is rejected, it could find support around the $4.8-zone. A further level of resistance lay at $6.4. 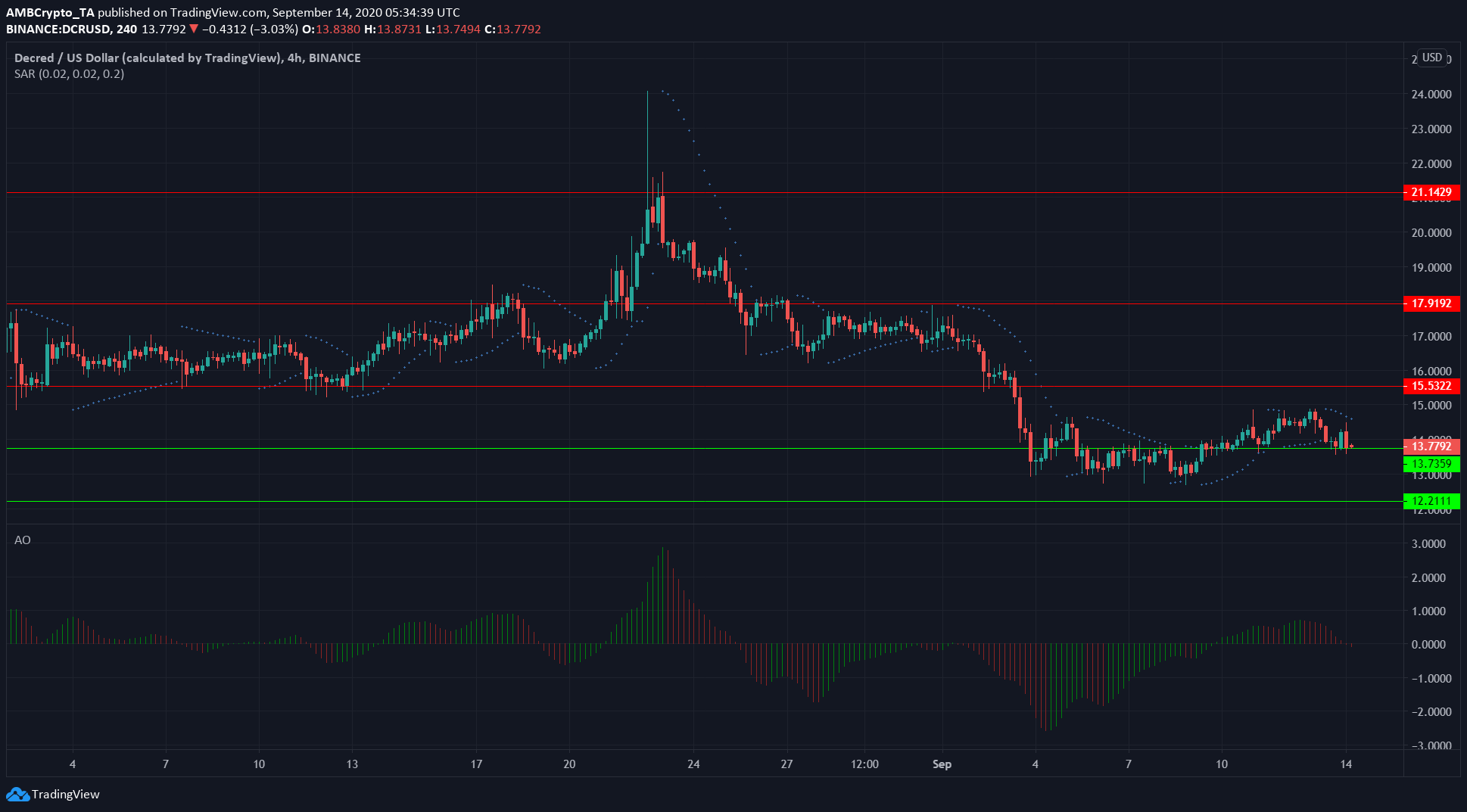 Decred lacked any momentum to the upside as it re-tested the $13.7-level as support. While the Awesome Oscillator had shown some bullish bias over the past few days, the bulls seemed to have lost steam, at press time, as the AO appeared to cross over into bearish territory.

The next level of support for DCR lay around the $12.2-region.

The Parabolic SAR also gave a sell signal. It would be invalidated if DCR moves north past $14.5.

Fed, oil and record hash rate: 5 things to know in Bitcoin this week