Binance Coin, ATOM, and even Compound registered a bullish bias after noting a drop on their charts over the last week. However, while Binance and ATOM hinted at a definite bullish move, the same might not be the case with Compound’s COMP token. 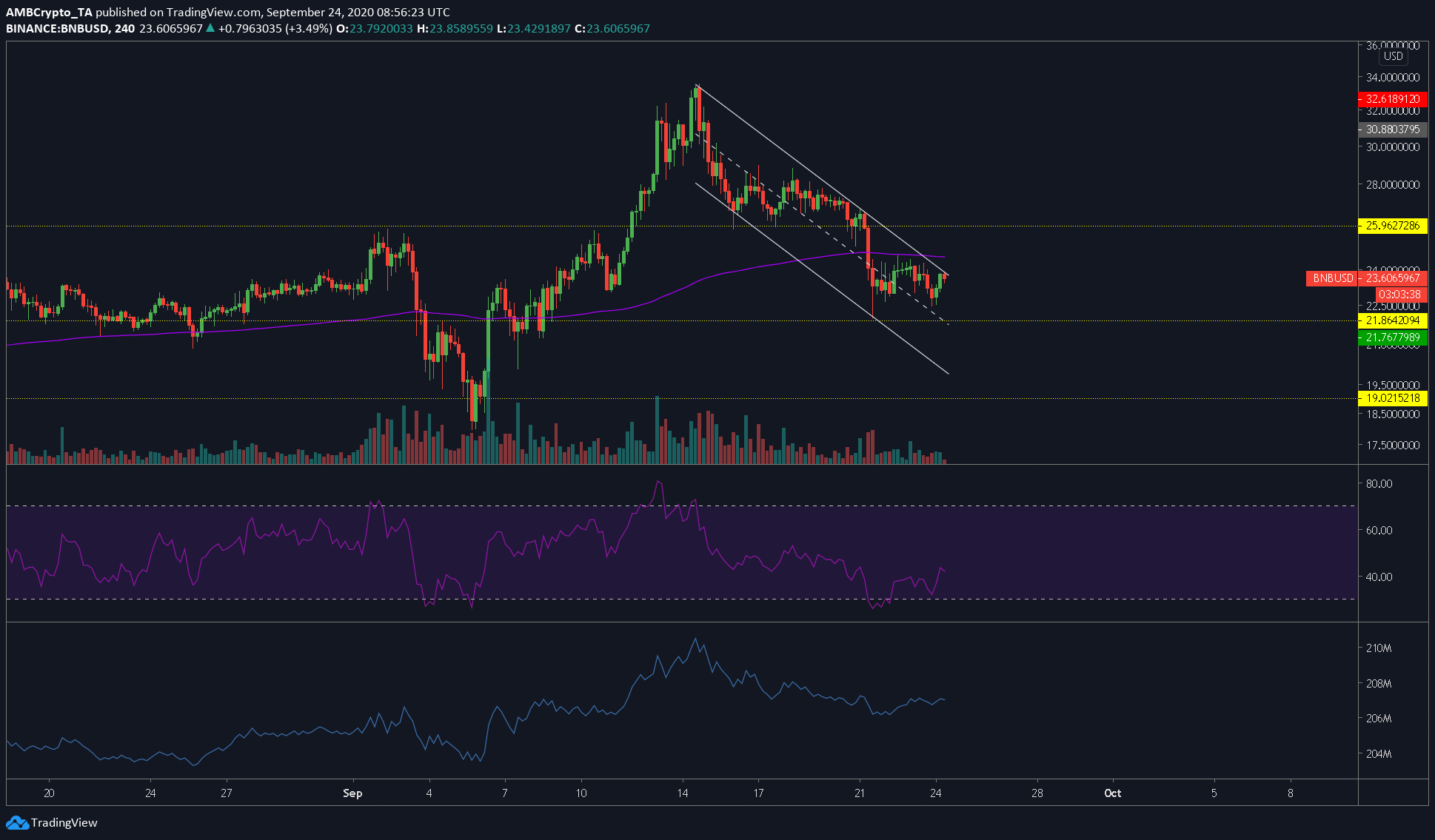 With a huge descending channel forming on the 4-hour time frame, BNB was due for that big uptrend very soon. The RSI indicator showed a small and temporary bounce, however, the buyers hadn’t gathered enough momentum yet. This was due to the reason that the channel was acting as resistance and subsequently, the 200 MA was also a resistance. Breaching these two levels will confirm a reversal in trend for Binance Coin.

The immediate target for BNB was $25.976. With the press time price of BNB at $21.7, this target has a long way to go. With DeFi calming down, Binance’s smart chain will have a chance to on-board more developers for the future. 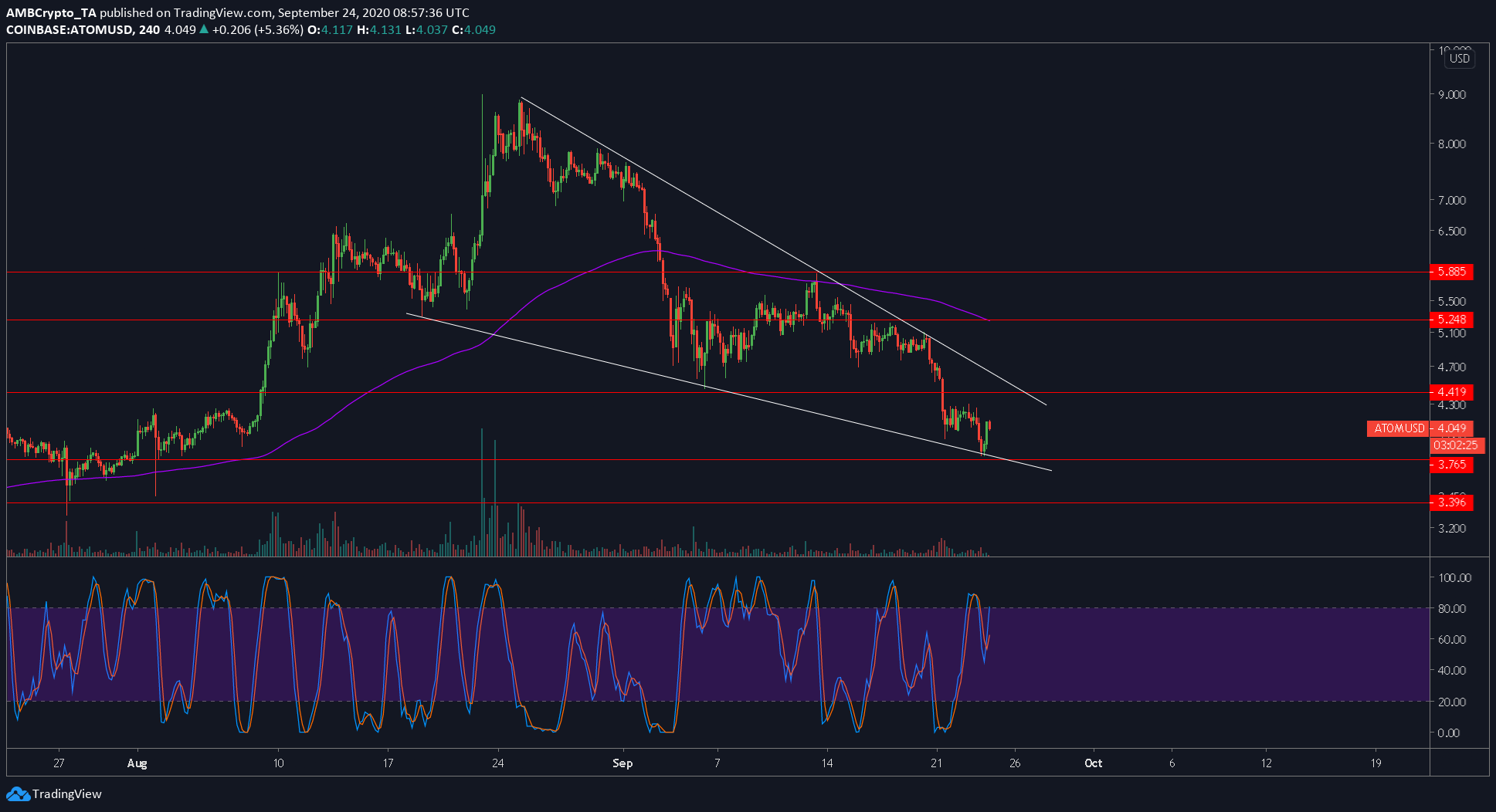 Cosmos’ ATOM, like BNB, formed a bullish pattern – the falling wedge – on its charts. Hence, the breakout for ATOM will also be a bullish one and the targets include $5.24 and $5.88. However, the price might see a deflection at its first target due to the presence of the 200 MA. Further, the Stochastic RSI indicator formed a bullish crossover just below the overbought zone.

From the looks of it, the price might be due for the breakout and hence, it should head towards the top of the wedge.

Compound’s token seemed bearish, at press time. However, the double jab around the $124-support level could be a double bottom in formation. If true, then the price will be due for a reversal and hence, targets for this scenario include $144.19, $163.69, and $186.32. However, there is a chance that the price may stop at $163 due to the presence of the 200 MA.