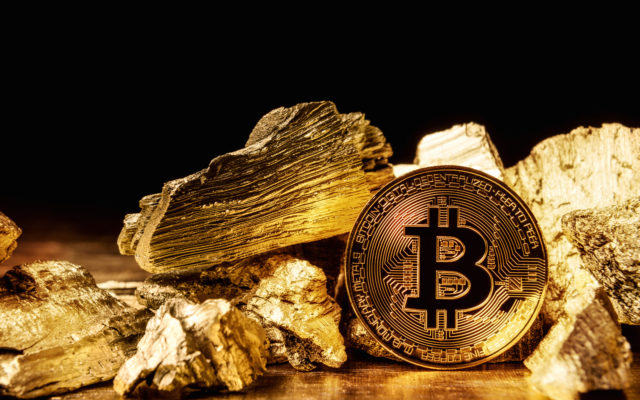 Bitcoin rallied from $3,800 to $10,000 in two months of volatile trading.
The maligned cryptocurrency outperformed its hedging rival Gold on a year-to-date timeframe.
Gold underperforms as its correlation with the S&P 500 index grows to an 18-month high.

Last week, bitcoin closed above $10,000 almost two months after crashing to below $4,000 in a global market sell-off.
The cryptocurrency found its jumping shoes in a multitude of bullish narratives, ranging from deflation-friendly “halving” to the Federal Reserve’s open-ended stimulus program. The upside performance even led Paul Toden Jones, a legendary hedge fund manager, to add Bitcoin in his $22 billion-portfolio.
The Tudor Investments Corp head called the cryptocurrency “a great speculation” asset against fiat-induced inflation. Meanwhile, he admitted that he holds a substantially higher amount of Gold, calling it a more reliable inflation hedge than Bitcoin.
“I’m going to keep a tiny percent of my assets in [bitcoin] and that’s it,” Mr. Tudor Jones told CNBC. “It has not stood the test of time, for instance, the way gold has.”
Nevertheless, the yellow metal, like bitcoin, behaved more as a risk-on asset than a hedging alternative in the aftermath of Coronavirus-induced market crash. In the same month bitcoin lost 50 percent of its market capitalization, Gold fell by 14.79 percent – a substantial drop for a traditional safe-haven. They both recovered in tandem, as well.
A Risk-on Gold
Joseph Zhang of Fidelity International further noted that Gold rose more in sync with the U.S. equities. The client solutions investment director told Barrons that the correlation between the yellow metal and the S&P 500 increased to an 18-month high following the March sell-off.
Correlation between Gold and S&P 500 grew against the coronavirus backdrop | Source: TradingView.com
Meanwhile, Mr. Zhang added that the positive correlation meant that Gold offered “lower diversification benefits” in a multi-asset portfolio. Investors, instead, shifted their safe-haven calls to the U.S. dollar for the near-term.
At the same time, retail demand for Bitcoin Futures surged to a record high on the Chicago Mercantile Exchange. Crypto data aggregator Glassnode noted a dramatic rise in the number of bullish retail traders. Even spot exchanges, including the U.S. exchange Coinbase, reported higher trading activity in April-May timeframe.
Bitcoin reported higher retail demand post-March crash | Source: Glassnode
As stated, both day traders and long-term investors entered the bitcoin market in anticipation of “halving,” a technical upgrade that on May 11 afternoon cut the cryptocurrency’s daily supply rate from 1,800 BTC to 900 BTC. That allowed Bitcoin to rise by up to 117 percent from its March lows.
In comparison, Gold recovered by a mere 20.41 percent.
Bitcoin a Better Hedge?
Mr. Zhang held a positive view of Gold’s longer-term outlook, stating that the metal forms a positive correlation with the U.S. stocks during economic slowdowns. It happened in the 2007-08 financial crisis, 2011-12 euro debt crisis, and a period of rising bond yields in 2018.
A positive Gold outlook paved a similar upside path for Bitcoin, an asset that claims to the yellow metal’s digital version. So far, the cryptocurrency has exceeded Gold in its stimulus-led recovery, which makes it an ideal addition in a multi-asset portfolio.
At least Mr. Tudor Jones verifies it.

Bitcoin Plunges as Halving FOMO Comes to End; What’s Next for Crypto?