While Bitcoin briefly spiked to climb to $11,179 on the charts, it had fallen to trade at $10,944, at press time. A rising Bitcoin, accompanied by rising Bitcoin dominance, showed that altcoins were overextended in the month of August and are now either retracing gains made or consolidating for a next move upwards. Litecoin was in a phase of consolidation, while BAT looked likely to slide down south. Further, STEEM formed a bullish pattern but strongly invalidated the pattern as it dipped, with further losses likely for the crypto-asset. 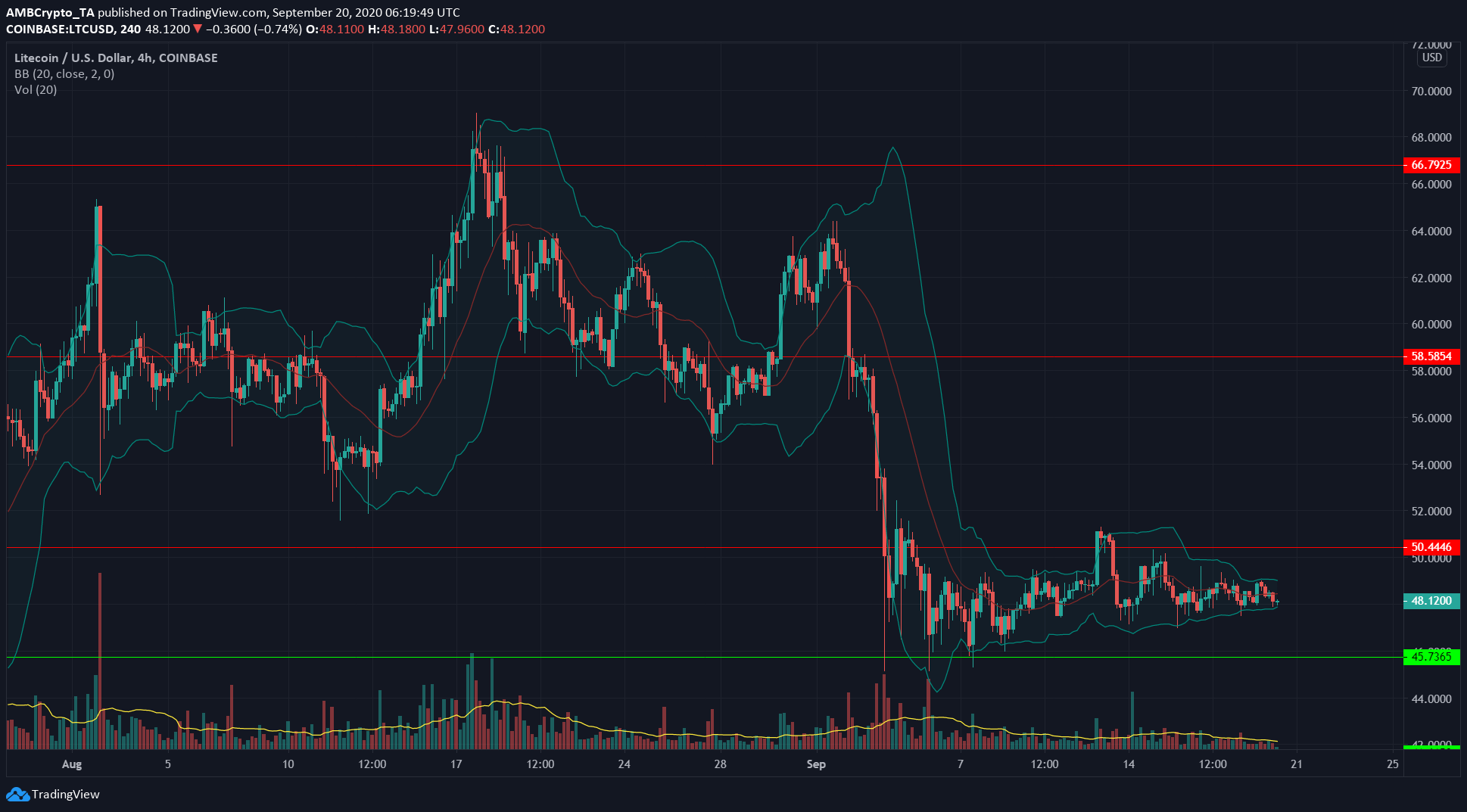 Litecoin showed a significant lack of movement on the 4-hour chart. The crypto-asset also lacked significant trading volume, a sign of a period of consolidation beckoning the cryptocurrency. The same was highlighted by the fact that the Bollinger Bands were converging around LTC’s price.

In fact, LTC appeared to be inching upwards, forming a series higher lows since the brief market collapse in early-September.

And yet, on analysis of a longer timeframe, it was found that Litecoin formed a bearish pattern and could be headed lower. A drop beneath $47 could trigger a significant fall. 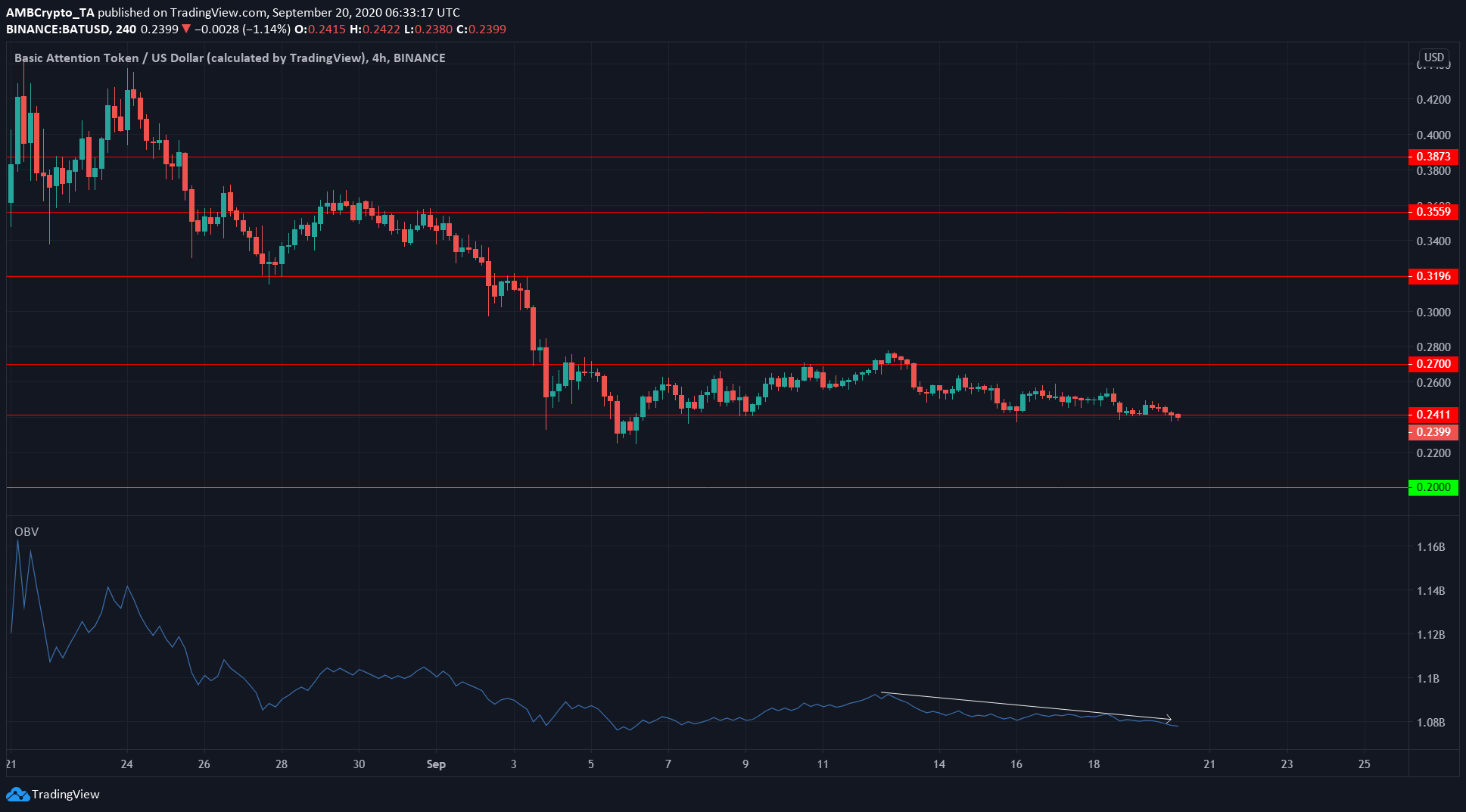 Basic Attention Token broke beneath its support level $0.24. While the trading session had not closed at the time of writing, it is likely that BAT will head south on the charts.

The next level of support for BAT may be found at $0.2. 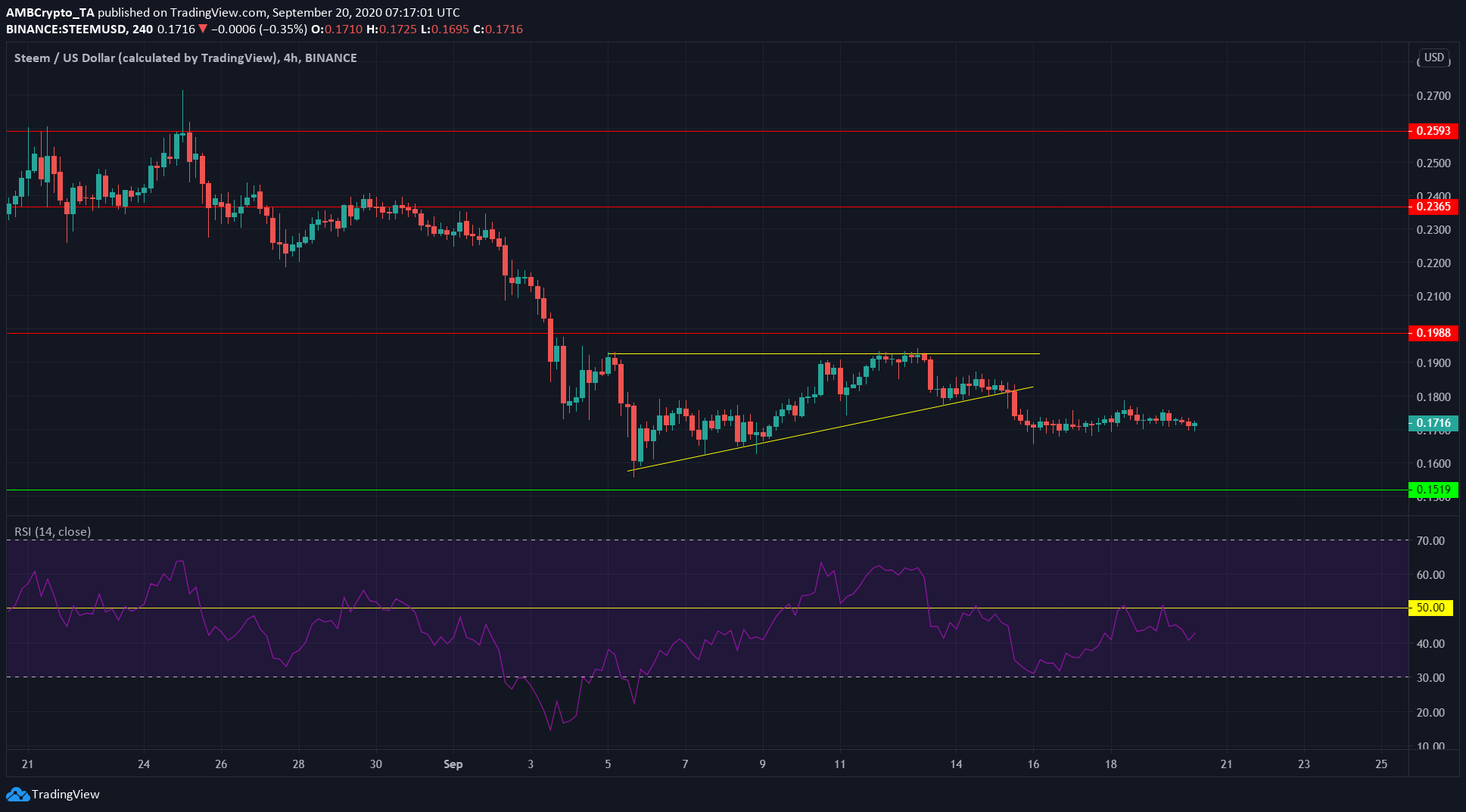 STEEM had formed an ascending triangle pattern, but the pattern was soon invalidated. The move down represented a busted pattern as the price was more than 10% beneath the upper trendline.

In fact, the RSI showed a value of 41, having not breached the 50-mark in over a week. This highlighted the bearish momentum in STEEM’s market, with the same suggesting that the downtrend is likely to continue.

STEEM was ranked 129th on CoinMarketCap, with a market capitalization of $65.7 million.