Are Bitcoin HODLers panicking yet?

After noting a 24-hour rise of 54.27%, Bitcoin held on exchanges climbed to 28.54k. In fact, this was the biggest one-day increase in nearly two months. This BTC is held on exchanges for the purpose of trading and an increase in this number is an indicator that HODLers are selling slowly. While there are other factors like an increase in new buyers and stock market day traders who recently started crypto-trading, these numbers are not as significant as HODLers.

According to data from Chainalysis, 32.9% of BTC from other sources has hit exchanges in the past 24 hours. Over the aforementioned period, the most popular sources were hardware/paper wallets used by HODLers since they do not trade often, and holding BTC on exchanges is a risky affair.

If HODLers are directly contributing to the BTC held on exchanges, what about BTC held for 52+ weeks or less than a year? According to Chainalysis, 2.3% of the BTC held for over a year is now being traded and 1.1% of all HODLers, parties who have held BTC for longer than 52 weeks (or 1 year), have made their move.

This 1.1% is contributing to the BTC held on exchanges and this is the army of HODLers who are big on selling. However, there is a significant reason behind selling BTC held for longer than 52+ weeks. HODLers incur profits/losses based on when they entered the market cycle, however, the ones who entered the market less than a year ago having unrealized losses are piling up. The percentage of HODLers with unrealized positive gains has dropped and a higher percentage of them are currently running losses.

This unrealized gain is relevant to HODLers since they incur a loss, but only if they actually sell. As the key to HODLing is knowing when to sell, the fear of incurring losses may make a trader a HODLer. However, in the long run, it is also an opportunity cost. For fear of incurring a loss, a HODLer might give up the opportunity of making an immediate or near-term profit.

A similar fate awaits long contract holders on derivatives exchanges. Over the past 3 days, BTC’s future longs have been paying for shorts on OKEx. In fact, buy Liquidations stood at $22M against $8.1M sell liquidations. 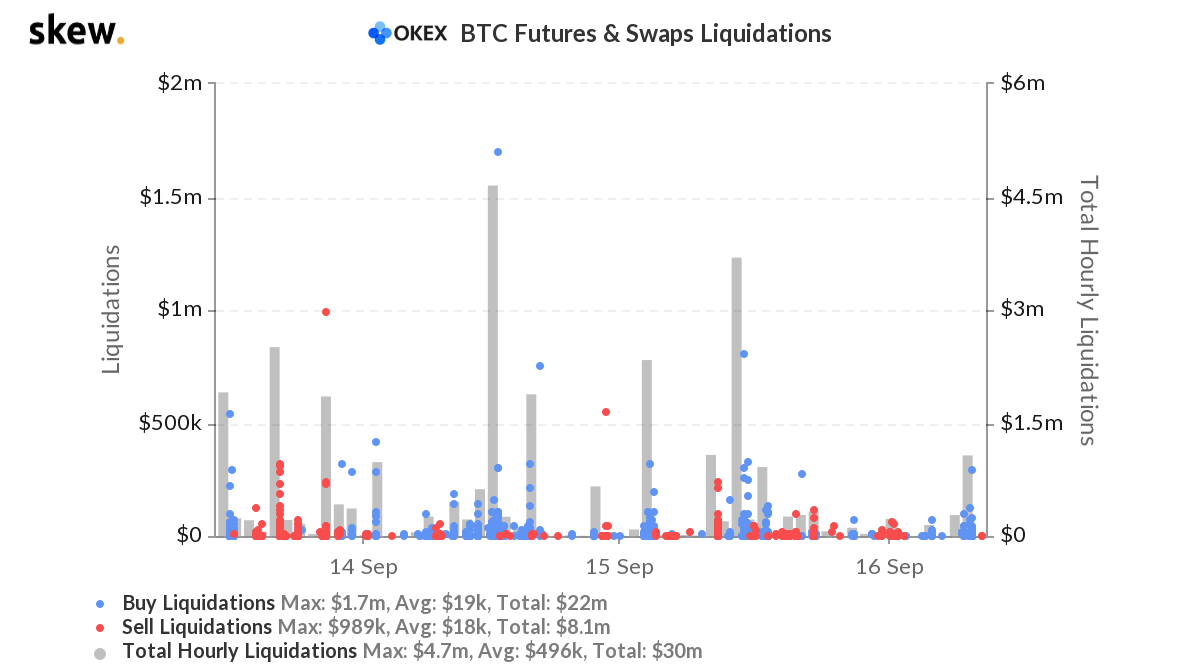 Does this mean that long contract holders should start shorting instead? Not exactly, however, a better strategy would be to sell when it’s time rather than counting your chickens and HODLing away.

The post Are Bitcoin HODLers panicking yet? appeared first on AMBCrypto.