Another Bitcoin crash in the making? Here’s everything you need to know

A fractal formation hints at a potential March-style crash in bitcoin price soon. The similarities between the two are uncanny and if the same does take place, we might see bitcoin dip below $10,000 level easily.

Although bitcoin has climbed higher in the last 24-48 hours, it isn’t quite bullish yet, at least not until it climbs above $11,500. This pump could be a buyers’ ploy to trap retail when the price eventually dumps.

Before addressing the fractals, it is necessary to understand what’s happening with bitcoin’s price at press time. The attached chart below is the price of bitcoin on September 14, 4:00 UTC, and as of this writing. 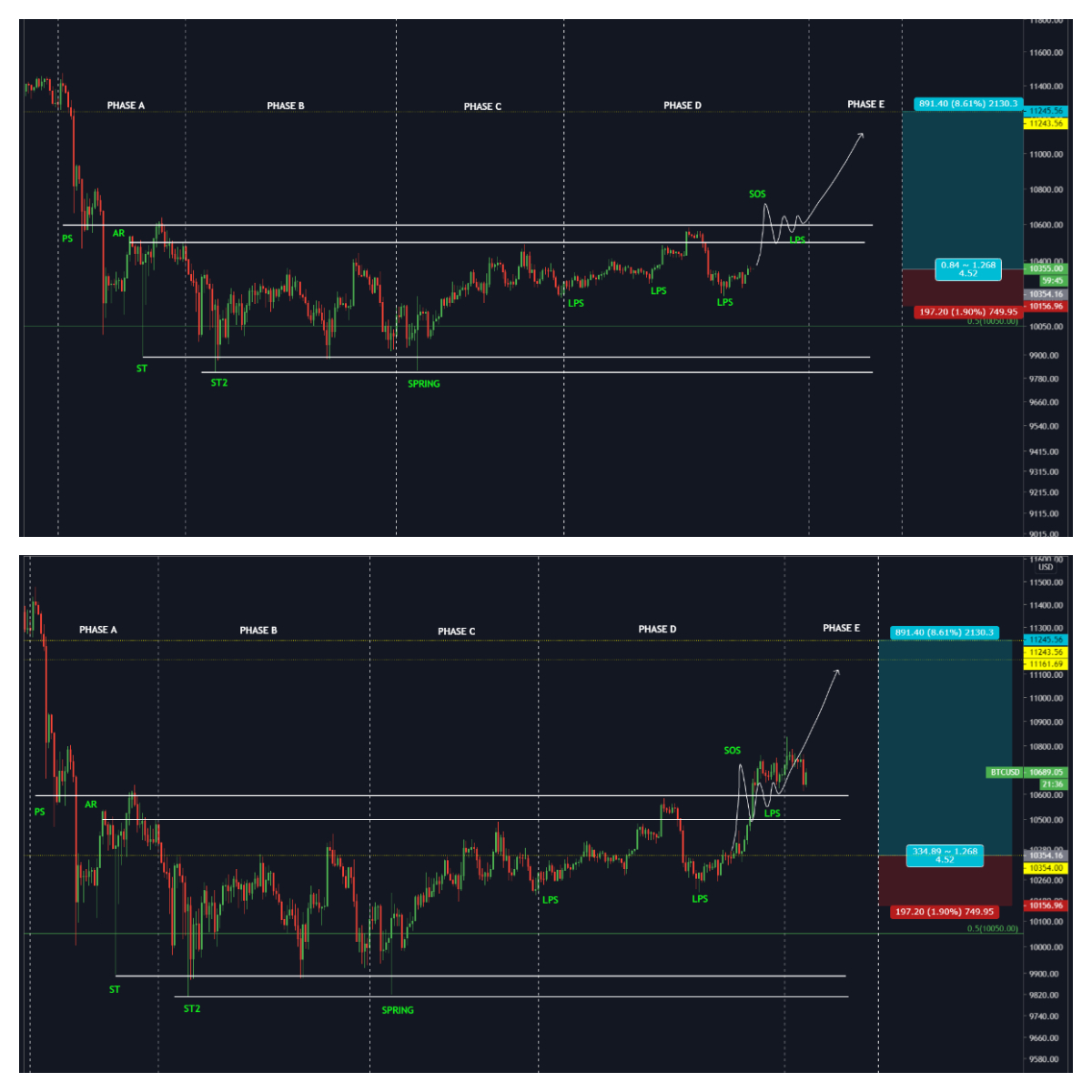 So far, the price has followed the Wyckoff schematic, but the question remains – “What is the local top?”

Per Wyckoff’s accumulation theory, the price, after a drop, will start to accumulate and in this phase is where the future interest of large individuals lies. Based on supply and demand, bitcoin is exhibiting the Wyckoff accumulation schematic no. 2, with no Spring or Test.

If and when the price hits the aforementioned local tops, we can expect the price to revert and crash – similar to a Pandemic-styled crash.

As pointed out by a Twitter user, Keshav Narla, there is a fractal that was formed before the March 2020 crash that pushed bitcoin down to $4,000 from $9,000. Although Pandemic had a huge role to play in the March crash, that might not be the case this time around.

Hence, it is safe to say bitcoin will not dip as low as it did before.

The post Another Bitcoin crash in the making? Here’s everything you need to know appeared first on AMBCrypto.

Another Bitcoin crash in the making? Here’s everything you need to know written by Akash Girimath @ https://eng.ambcrypto.com/another-bitcoin-crash-in-the-making-heres-everything-you-need-to-know/ September 15, 2020 Akash Girimath