The altcoin market continued to see red as Bitcoin, the world’s largest cryptocurrency, traded just under the $11,000-mark, with an eye on $11,200. Further down the crypto-ladder, Tron has been trending south recently, with TRX likely to continue to do so, alongside Algorand. Compound, however, noted a bullish divergence and a bounce can be expected soon. 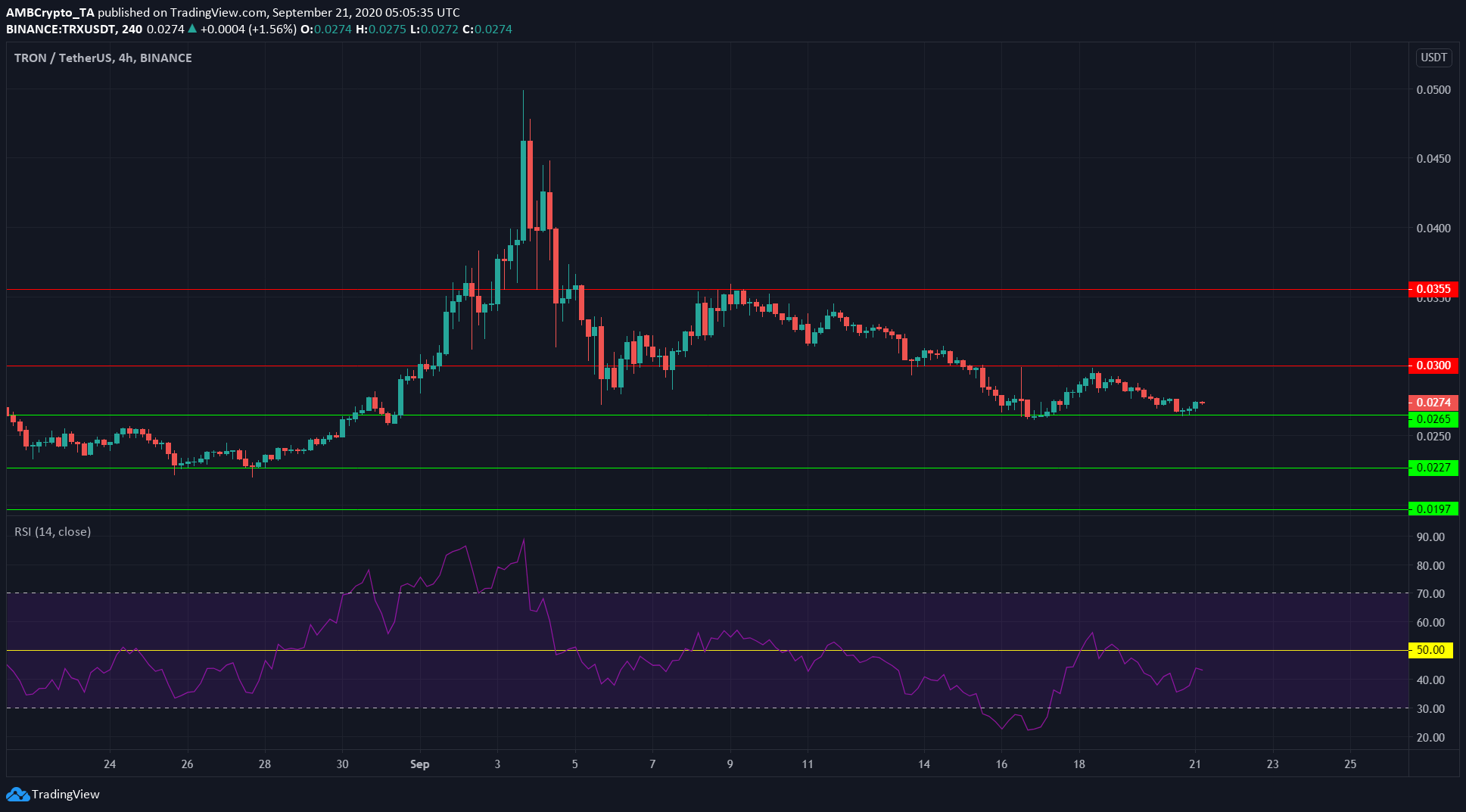 TRX has been on a downtrend since early-September, with the crypto bouncing off its support at $0.265 to test the zone of resistance at $0.3. It was rejected there, following which, TRX tested the same support once more.

The RSI noted a value of 43, with the crypto able to briefly breach the 50-mark on its previous bounce. Given the previous bearish trend, it is unlikely that RSI breaches 50 again.

TRX is likely to make another, smaller bounce off its support, before losing the level over the next few trading sessions.

TRX had a market capitalization of $1.95 billion, the 15th largest cryptocurrency by market cap. 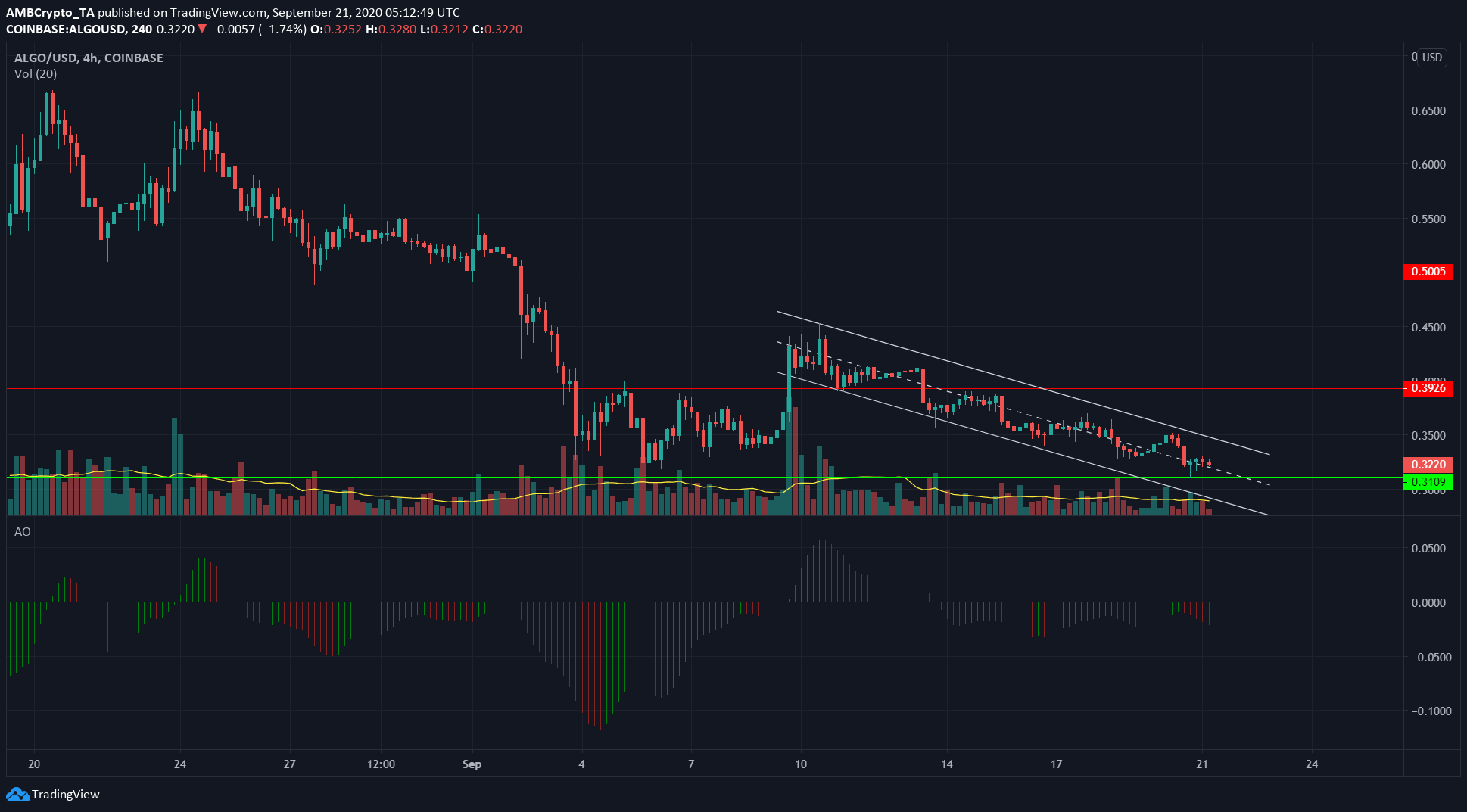 ALGO was moving in a descending channel towards its support level at $0.31. The trading volume has been quite steady recently, excluding the trading sessions when ALGO surged past its resistance at $0.39.

Since then, ALGO has danced to the tune of the bears, as highlighted by the Awesome Oscillator. Every minor pullback to the upside has seen strong selling pressure.

The reaction of the price at the level of support would be telling. Based on the evidence at hand, it is likely that ALGO would bounce feebly off the support, before losing the level in short order. 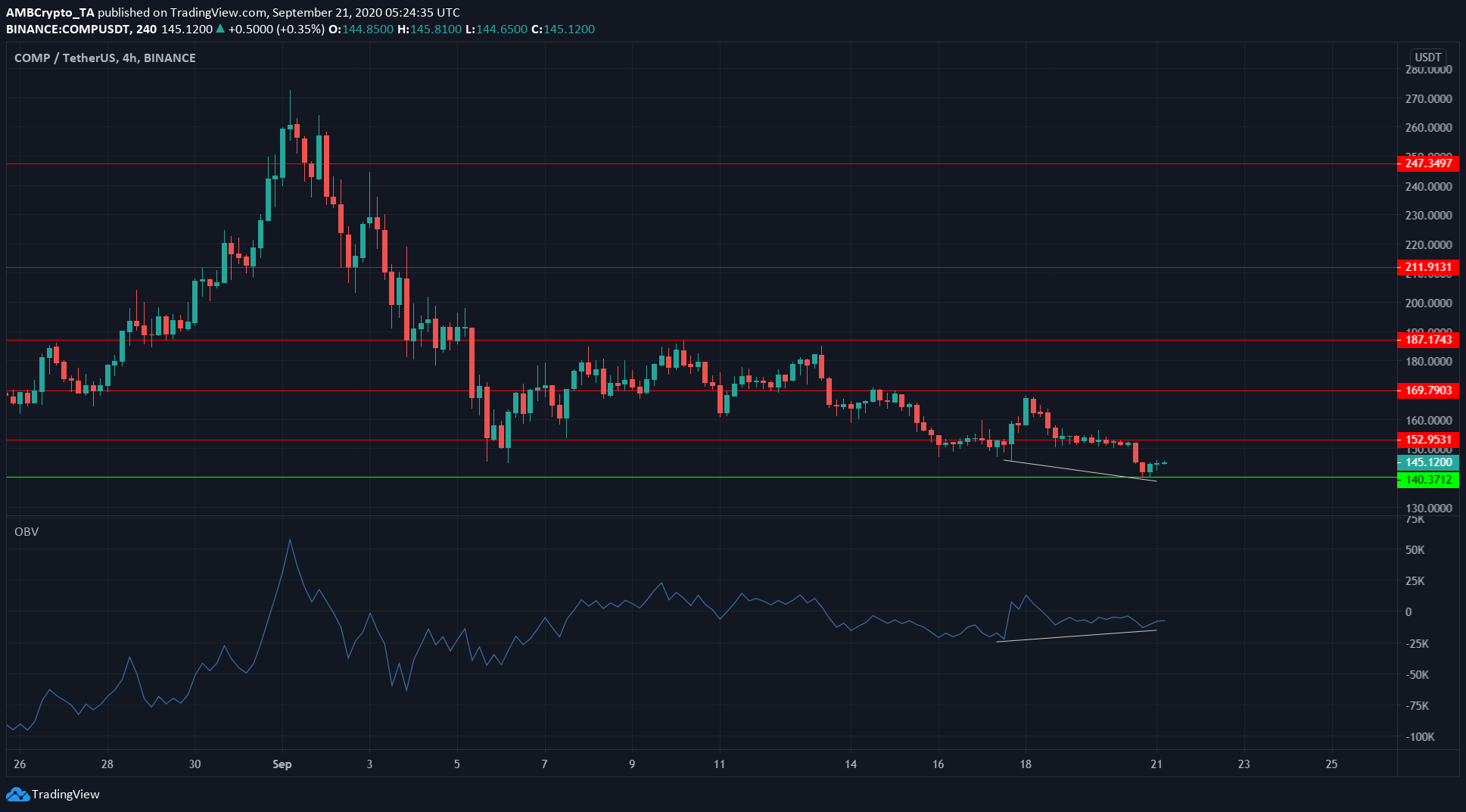 A bullish divergence can be seen on the OBV indicator, highlighted in white. The price had formed lower lows, while the OBV had also advanced. This could forecast an imminent reversal and COMP is likely to see a short-term rally.

Such a rally might initiate an uptrend for the crypto-asset, but it is more likely that COMP meets stiff resistance at the $152-$155 region.

Compound continued to hold its ground on DeFi Pulse, with the project holding the 7th rank with a TVL of $701 million.

Future of Mining with Unlimited-Hash