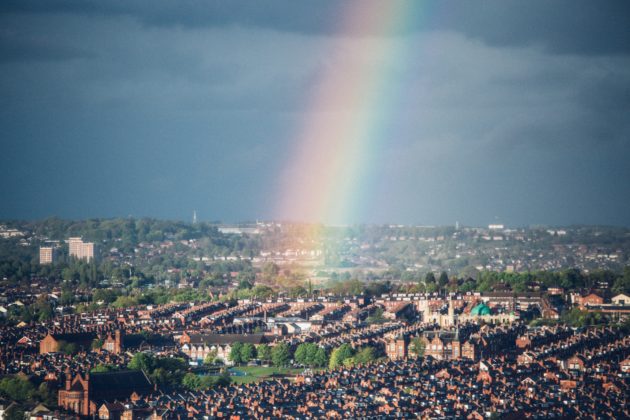 It’s been a volatile past seven days for Bitcoin and the broader crypto market.
Just a day before the halving on May 11, the cryptocurrency plunged by nearly 20% within the span of a day, falling from $9,700 to $8,100. Bitcoin has since recovered, rallying as high of $10,000 but since retracing to $9,450.
With the weekly candle closing in approximately 14 hours after this article’s publishing, analysts are eyeing the charts, drawing lines in the sand to indicate where BTC should close if it is to continue rallying higher.
Bitcoin Must Close Above $9,550: Analyst
Since the pre-halving lows of $8,100, Bitcoin has embarked on a strong recovery that has seen it bound past resistance level after resistance level. Yet it may not be enough to confirm that the bull trend that has brought Bitcoin from $3,700 to the $9,000s will resume.
According to a prominent crypto trader and co-founder of Blockroots, Josh Rager, the cryptocurrency closing its weekly candle above the historical $9,550 resistance will confirm to him that more upside is in the works:
“Weekly close today and sitting right at resistance in $9500s. Would like to see price close at or above $9550 on weekly,” Rager remarked.

$BTC weekly close today and sitting right at resistance in $9500s
Would like to see price close at or above $9550 on weekly pic.twitter.com/L8ldYBUabH
— Josh Rager

Analysts See Growing Bull Case
While the weekly candle close above $9,550 is still up in the air, analysts see a growing bull case for Bitcoin.
According to data shared by on-chain analyst Philip Swift, The Puell Multiple — the USD value of BTC issued per day over the one-year moving average of the same on-chain metric — just reached a key zone.
Chart of The Puell Multiple over time from on-chain analyst Philip Swift’s website, LookIntoBitcoin.com
As can be seen in the chart above, the Multiple recently entered the green band seen at the bottom of the chart — the zone the Multiple reached whenever Bitcoin found macro bottoms over the past eight years. As Swift commented:
“Drop in miner revenue sent PUELL MULTIPLE back into the green zone today   This zone represents a great time to buy BTC on L/T (18months+) horizons.”
In terms of fundamentals, Tesla chief executive Elon Musk remarked on Friday that he thinks “massive currency issuance” by governments and central banks is making Bitcoin “look solid in comparison.”
“Pretty much, although massive currency issuance by govt central banks is making Bitcoin Internet money look solid by comparison,” Musk remarked in response to a tweet about the cryptocurrency by “Harry Potter” author J.K. Rowling.

This is the latest time the billionaire entrepreneur has said good things about crypto assets in recent years. Previously, he told ARK Invest that he thinks Bitcoin’s structure is “quite brilliant,” touching on the asset’s ability to bypass currency controls and the like.
Musk, importantly, did say that he only owns $2,000 worth of the cryptocurrency. However, the fact that central banks and governments are printing more money than ever before has become one of Bitcoin’s biggest narratives over the past few weeks, analysts have said.
Featured Image from Unsplash

Exchanges Are Holding More Ethereum Than Ever Before, Threatening ETH Price