Accurate Analyst Expects Chainlink To Sustain Over 70% Drop: Here’s Why 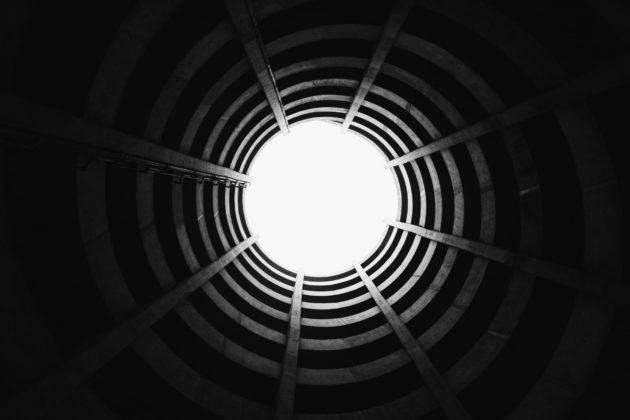 One of the hottest cryptocurrencies in the past few weeks has been Chainlink (LINK). Compared to Bitcoin, which is up 20% year to date, the asset recently posted a 100% year-to-date gain, rising to become the twelfth largest altcoin by market cap.
Many have looked to LINK’s functionality and adoption, with venture fund Parafi Capital writing in a recent MakerDAO forum post:
“Given its marketcap, liquidity profile, and appetite for speculation, we see value in onboarding LINK into MakerDAO. LINK is valued at over $1 billion and is also one of the most liquid ERC-20 tokens available. The tokens are relatively decentralized with no known “kill-switch” or blacklisting capabilities.”
Yet a top trader is fearing the top asset is preparing to undergo a strong reversal from the highs.
Chainlink Setting Up For Bearish Reversal
Chainlink is on the verge of undergoing a more than 70% reversal towards $0.98-$1.00, according to a top trader referencing the chart below. Backing this sentiment he looked to the fact the altcoin broke below a key support level while failing to surmount heavy resistance around $4.00.
Chart from @CryptoCapo_
The analyst who made this prediction called that Bitcoin would fall towards the $3,000s earlier this year when no one thought it would happen. He also predicted XRP could bottom around $0.11-$0.13, which it did.
Adding to this, data from blockchain analytics provider IntoTheBlock indicated that throughout segments of last week, there was a strong bid-ask volume imbalance. The site indicated that there was much more selling pressure than bullish volume, indicative of a distribution pattern near a market top.
It’s Time for Bitcoin to Shine
Whatever your thoughts are on Chainlink’s trajectory, analysts say that Bitcoin will soon outperform a majority of altcoins. Should this assertion hold true, that means a drop in Chainlink’s price (or relative drop against BTC) is somewhat inevitable.
The head of technical analysis at crypto research firm Blockfyre argued that all altcoins are poised to underperform. He cited the fact that Bitcoin dominance — the percentage of the crypto market made up of BTC — has started to trend higher:
“A potentially very painful situation developing if dominance breaks out towards the next resistance. Each 1% rise in BTC.D roughly equates to a 6-12% drop against the BTC pairings for altcoins. Hard to imagine that no matter what BTC does that alts dont see a lot of pain,” he wrote in reference to the chart below.
Chart from @Pentosh1 (Twitter)
In a separate analysis, he wrote late last month that fundamentally speaking, the incoming volatility related to the Bitcoin block reward halving will “rekt” altcoins, Chainlink presumably included.
He continued that from how he sees it, altcoins are always a “game of musical chairs” because they rally for reasons not based in fundamentals:
“The reason the alt pumps are unconvincing is because they have followed the same patterns. IEO’s, Interoperability, privacy coins moving together. It’s coordinated as it has been the last 3 years instead of all ships rising together.”
Featured image from Unsplash

On-Chain Data: Even After $5,000 Gain, Bitcoin Should Be Higher Than It Is Now