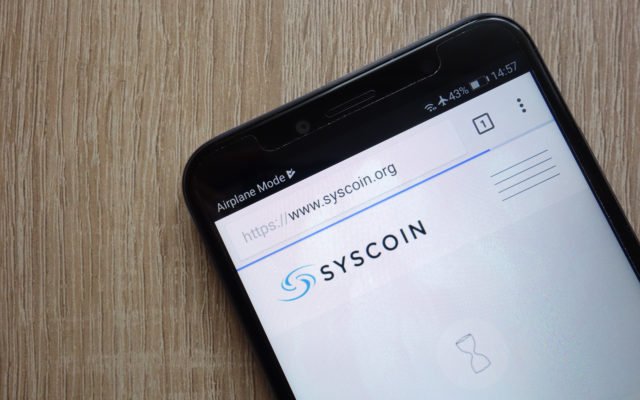 Syscoin’s blockchain was supposedly jeopardized yesterday as abnormal activity took place at block 87670. Widely irregular trading activity took place on Binance — resulting in a deal worth upwards of $6 million. Syscoin’s team confirmed the issues and requested a temporary halt of trading across cryptocurrency exchanges. The issues, however, have reportedly been resolved.

Peculiar activity on the Syscoin blockchain took place at block 87670, as more than one billion coins were mined. This triggered a red flag, of course, since the cryptocurrency’s total possibly supply is set to 888 million.

Reports on the issue surfaced after Syscoin’s team came forward with a public statement.

We are investigating a possible issue on the Syscoin blockchain, nothing is confirmed but we have asked for exchanges to halt trading while we investigate.

Bitcoin developer Jameson Lopp emailed The Next Web and explained that this issue couldn’t have been caused by a 51 percent attack. He explained:

Breaking the monetary supply rules for a cryptocurrency can’t be accomplished via a 51% attack; this indicates that a flaw has been found and exploited at the protocol level.

He compared this vulnerability to one which was exploited in Bitcoin’s blockchain in 2010 — which allowed for the creation of 184 billion bitcoins.

Shortly after the vulnerability was announced, a single SYS coin 00 was traded for 96 BTC 00 on Binance. The deal was worth upwards of $6 million. It caused a massive pump in the price of Syscoin.

The price of Syscoin more than doubled in only a few hours, as evident from the below chart, courtesy of CoinMarketCap.

Shortly after the aforementioned trade on Binance took place, the cryptocurrency exchange announced an API key reset, due to “irregular trading on some APIs.” Even though Syscoin wasn’t mentioned namely, the events are likely connected.

Furthermore, the team behind the hacked cryptocurrency came forward with an announcement shortly after the events, explaining they’ve been fixed. In a rather vague tweet, Syscoin said that the irregular blockchain activity was coupled with abnormal trading behavior — but failed to provide any further clarification. Further details are expected to arrive tomorrow.

As a precaution we had requested exchanges halt $SYS deposit/withdrawal today after we observed odd trading behavior coupled with atypical blockchain activity. After investigating the #Syscoin blockchain is safe. We are asking exchanges to reopen. Detailed wiki post tomorrow. pic.twitter.com/NEypr531zi

Syscoin’s price has since been correcting.

What do you think of Syscoin’s abnormal blockchain activity and ridiculously high purchase order? Don’t hesitate to let us know in the comments below!